Brazil’s main source of power is hydroelectric energy, which accounts for 78.7 percent of the country’s total installed capacity.

That proportion, however, is expected to fall to 71.2 percent in 2016 due to economic, environmental and other factors, Hermes Chipp, president of the Brazilian Power System Operator, or ONS, said Thursday during a lunch with Spanish energy executives.

Other sources – nuclear, natural gas, coal, biomass, fuel oil and wind – will account for a rising share of total power generation in the next four years, but the latter will experience the biggest increase, Chipp said at the event, organized by the Official Spanish Chamber of Commerce in Brazil.

ONS projections indicate that wind energy’s share of total electricitygeneration will rise from a current level of 1.1 percent to 5.6 percent in just four years, a 509 percent jump. 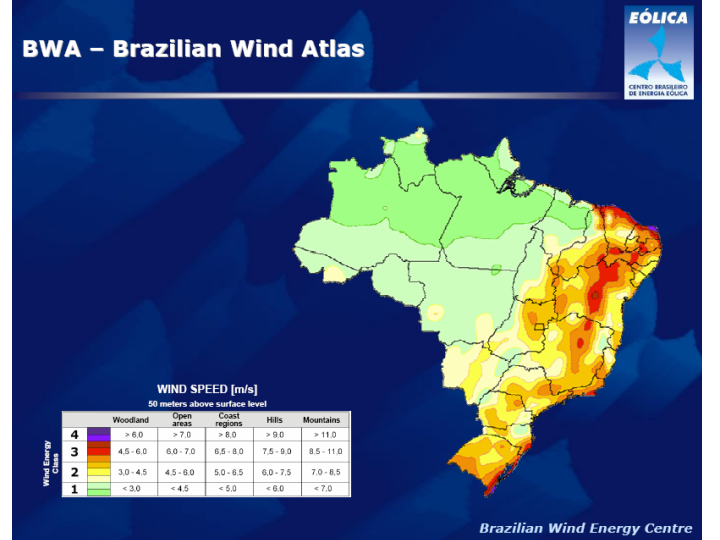 According to Chipp, if Brazil’s economy grows at an average annual clip of 4.6 percent through 2016, it will be necessary to perfect the energy auction system (the main procurement mechanism through which distribution companies acquire energy to serve their customers) and integrate wind-generated energy into the matrix to guarantee domestic supplies.

In that regard, he noted that Spain and Portugal are among the most advanced countries globally in terms of wind generation and that could open doors for their companies.

“Spain and Portugal are very competitive in this aspect. They have everything we need to achieve good (wind energy) integration,” Chipp said at the lunch, attended by representatives of companies including Gas Natural, Endesa, Repsol, Iberdrola, Abengoa and Isolux. 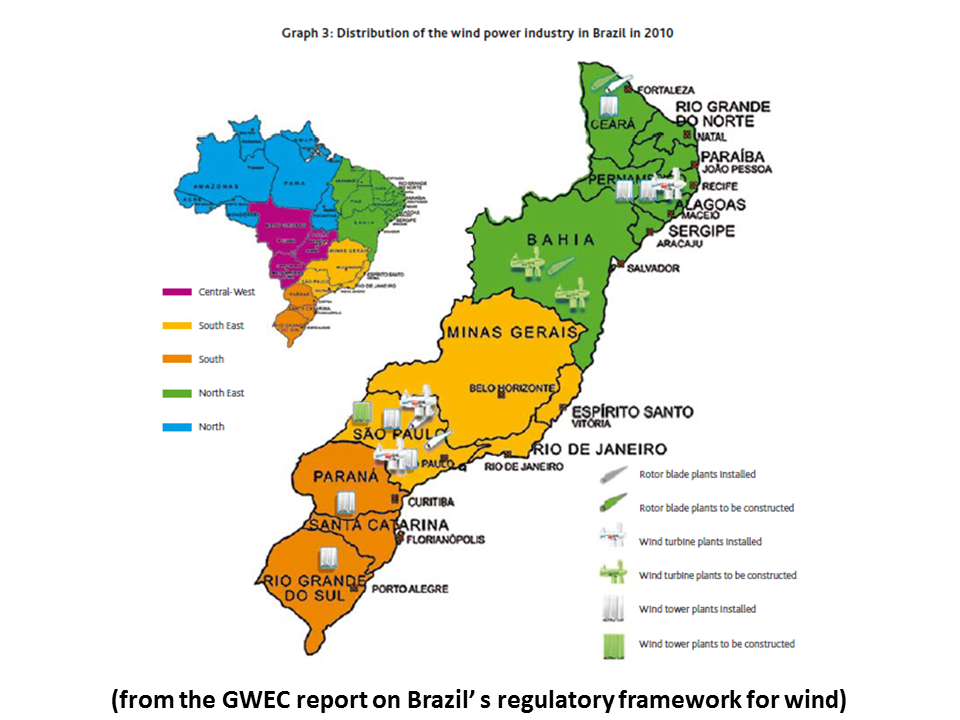 Chipp added that a country like Brazil, where totaled installed power capacity is expected to grow from a current level of 111,618 MW to 145,377 MW in 2016, cannot rule out any energy source.

The executive director of the Official Spanish Chamber of Commerce in Brazil, Maria Luisa Castelo, said Spain, as a global leader in wind energy generation, “has experience it can offer Brazil.”

Spain also is third in Europe and fourth worldwide in the generation of solar energy, another important renewable energy source, she said.

“Prospects are good in general in Brazil for Spanish companies that have the knowledge and human and economic capital, and since they know there’s no money in Europe, they’re looking for other markets,” Nestor Casado, president of the Spanish Chamber of Commerce’s energy committee and head of Capital Invest, a merger and acquisitions consulting firm.