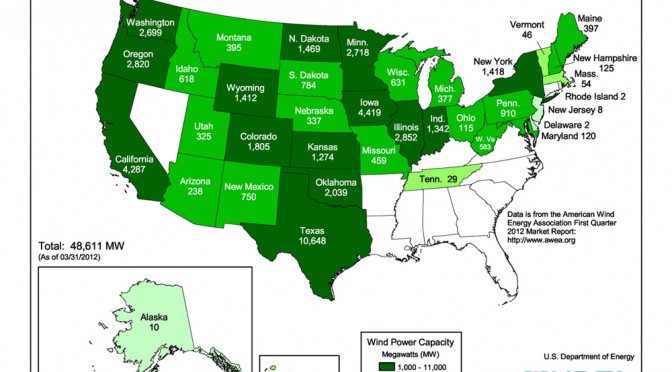 Gamesa has grown by leaps, building wind-power equipment and wind farms that generate 40 percent of the state’s wind power – all while relying on domestic suppliers for an increasingly large share of its components.

But the planned cutbacks at Gamesa, reflecting similar layoffs at wind-energy firms across the country, stem from the uncertainty over continuing a 20-year policy of providing a 2.2 cents-per-kilowatt-hour tax credit for generating electricity with large-scale wind turbines.

In the Philadelphia region, the rebirth of the defunct U.S. Steel site in Bucks County makes the best case for winning the high-stakes gamble being played out in Congress over extending vital, government incentives for developing wind-energy systems.

It’s at the old Fairless Works that the Spanish turbine manufacturer Gamesa has employed hundreds of people, and where predicted layoffs affecting 20 percent of the firm’s Pennsylvania workforce would hit hard.

A Gamesa wind turbine has been installed at the National Renewable Energy Laboratory’s center near Boulder, Colorado.

Without a year-end renewal of the so-called production tax credit, orders will dry up for projects that typically take 18 months to develop. Wind-energy trade officials contend that as many as half the 75,000 jobs supported by U.S. wind-energy production are at stake.

Given so much campaign rhetoric about jobs, it’s an irony of the present election-year gridlock in Washington that there’s bipartisan support to renew the tax credit.

In Bucks, U.S. Rep. Mike Fitzpatrick (R., Pa.) has been a supporter of wind energy, even bucking some in his party who are leery about tax breaks in general. And it was with cheerleading from the administration of former Democratic Gov. Ed Rendell that Gamesa set up shop on the steel mill grounds.

Despite an expectation that a lame-duck Congress will get around to doing the smart thing to keep wind power competitively priced, however, there’s uncertainty.

Some opposition to the tax credit stems from purely ideological reasons. Yet claims such as one by a House Republican that “citizens are asked to bear all the risks and gain none of the rewards” from such incentives are simply off the mark.

The wind tax credit only kicks in when utilities generate and sell wind-generated electricity, sales that themselves produce revenues for the treasury. That makes a far more sure thing than controversial federal aid, such as the loan guarantees provided to a California solar-cell manufacturer that went bust last year.

The tax credit’s cost would be around $5 billion over the span of a decade. Meanwhile, wind power will help utilities deliver the increasing mix of clean energy being mandated by many states and their environmentally conscious customers.

Indeed, like solar and other renewable forms of generation, wind power can help cut pollution otherwise generated even by relatively clean natural gas and, certainly, from coal-fired power plants.

Of course, there are critics who say wind power will have to stand on its own some day. But with the nation’s reliance on wind power standing at only 3 percent – far below potential – that day has not arrived.