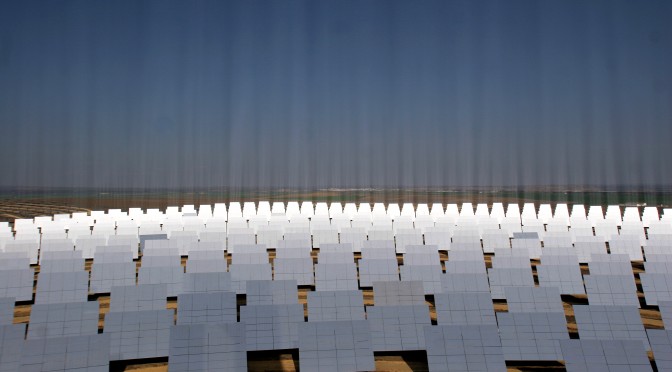 These investments will enable collaborative research teams from industry, universities, and national laboratories to work together at the Department’s Scientific User Facilities, a national network of unique facilities that provide over 10,000 scientists and engineers each year with open access to some of the best instruments and tools in the world, including x-ray sources, accelerators, supercomputers and nanoscale research centers.

“The past decade has seen explosive growth in the global solar energy market. American companies are helping to lead this dramatic progress – driving lower costs and introducing new, better performing technologies into the marketplace. These collaborative projects announced today harness the immense capabilities of our Scientific User Facilities to invent and deploy new technologies that will strengthen American manufacturing and technical competitiveness,” said Secretary Chu.

“As part of President Obama’s all-of-the-above energy strategy, advanced solar energy technologies are helping to provide clean, renewable electricity for homes and businesses across the country while diversifying the United States’ energy economy.”

At this stage, three projects, totaling a $2.6 million investment, have been selected to establish full research programs at a Scientific User Facility that will result in new tool development, expanding the capability of each facility to conduct advanced solar energy research. Researchers from Sandia National Laboratories will partner with the Center for Integrated Nanotechnologies in New Mexico to improve the efficiency of thin film photovoltaic materials, while Arizona State University will use x-ray technologies at Argonne National Laboratory to address solar cell material performance. Additionally, Stanford University will partner with SLAC National Accelerator Laboratory to research inexpensive ways to print solar cells.

These projects are part of the Energy Department’s broader efforts to encourage collaboration among engineers and scientists who are developing advanced solar power technologies and research teams using the tools and expertise of the Scientific User Facilities. By leveraging the skills and resources of private industry, universities and national laboratories, these projects will help rapidly apply fundamental scientific discoveries to existing product lines and projects, accelerating higher levels of performance and greater cost reductions across the industry.

The SunShot Initiative is a collaborative national effort to make solar energy cost competitive with other forms of energy by the end of the decade. Inspired by President Kennedy’s “Moon Shot” program that put the first man on the moon, the SunShot Initiative has created new momentum for the solar industry by highlighting the need for American competitiveness in the clean energy race.