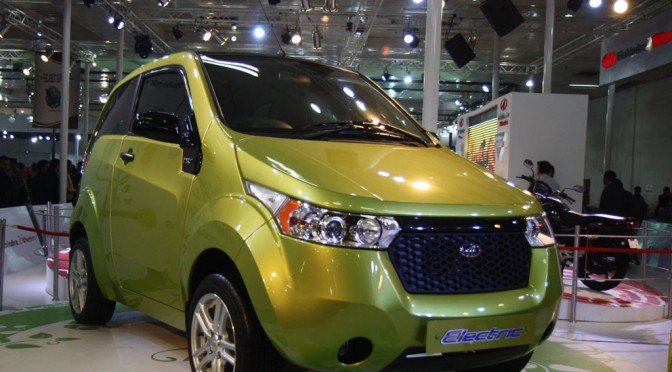 Mahindra Reva Electric Vehicles Private Limited (MREVPL), India’s sole Electric Vehicle (EV) manufacturer, is aiming to capitalise on the increasing demand for battery operated vehicles by building a strong line-up of EV cars. The move of the auto maker can be also judged as an attempt to cash on the ever rising fuel prices, since several car enthusiasts are now opting for a ‘Green’ route by driving environment-friendly vehicles.

MREVPL has inaugurated its new Rs. 100-crore production facility in Bommasandra near Bangalore on August 22, 2012. Reportedly, the sophisticated plant is laced with world class equipments and will commence its manufacturing operations from September, 2012. The new production facility will be capable of assembling about 30,000 electric vehicles every year and will reach its maximum production output three years down the line. Initially, the plant is expected to operate at 6,000 vehicles. With a new state-of-the art production plant, it seems that the company is in a full swing to grab a decent share in the Indian auto industry.

There has been a substantial rise in demand for battery operated vehicles in the Indian market and MREVPL is expected to make a smart move by investing on the new electric vehicles.

The company has formulated plans to make sure that its new products lure buyers and has also ensured that people take the brand seriously.

Eyeing a stout foothold in the market, the company will launch two or three models in the domestic market, following with the launch of one car every year on an average.

It has also been revealed that Mahindra will also introduce some of the MREVPL’s technologies in its present product line-up.

Shedding some light on the company’s motives, Chetan Maini, Founder and Chief Technology Officer (CTO) of Mahindra Reva, quoted, “Mahindra has a strong research and development team and now we have a full-fledged facility where we have the flexibility to manufacture different kind of cars; and we have a good distribution network. So we have a pipeline of products coming out, probably one new variant every year for the next two years. Last auto show, we showcased an electric vehicle; the technology is very scalable to other platforms. So, over time, you will see Mahindra vehicles getting electrified. They are all in a development stage and in a couple of years you will start to see them coming out. Like Verito, the prototypes of GiO and Maxximo have been done.”

MREVPL’s latest offering, the new Reva NXR, is considered as the next generation EV, which will be the first such model to be assembled at the Bangalore-based facility. The company pulled the curtains off from its Reva NXR in 2012 Delhi Auto Expo, held in January this year.