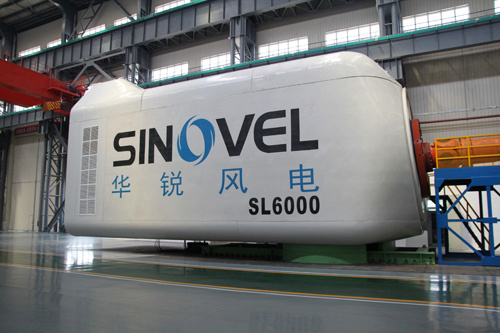 China is the global leader in wind power, with a cumulative installed capacity of 62.4 gigawatts by the end of 2011, according to figures from the China Wind Energy Association.

Operating revenues dropped 42.04 percent year on year to 3.09 billion yuan, according to the statement.

In response to these challenges, Sinovel has tried to reduce production costs and tap the overseas market, it said.

In the first six months, Sinovel saw big gains in overseas sales, which reached 280.78 million yuan and accounted for more than 9 percent of the company’s total sales, up from less than 1 percent in 2011.

The company did not disclose exactly how much its overseas sales increased compared with the same period last year.