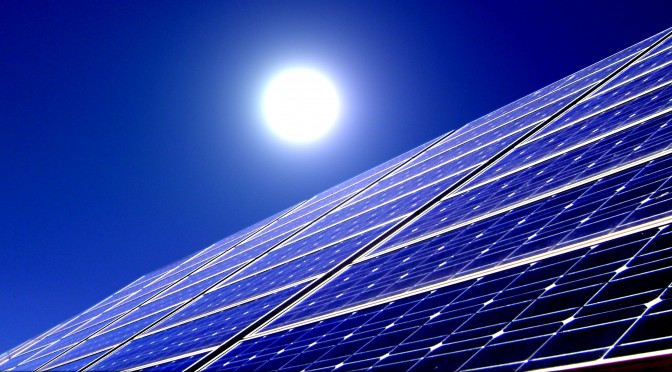 Sicily is a sunny land. Therefore it was at Adrano, in the province of Catania, that Eurolios, the world’s first concentrating solar power plant was built. This occurred in 1981 and Adrano was chosen as Europe’s most insulated site. Since then solar photovoltaic energy has moved forward at an extremely fast pace, and again Sicily was chosen as the place where one of Italy’s largest solar PV panel manufacturing factories would be built. It’s 3SUN, a Catania-based joint venture equally owned by Enel Green Power, Sharp and STMicroelectronics, which in the last few years has become a leader in this sector and is soon expected to compete with the largest companies that operate in Europe and in the whole world.

In the innovative M6 factory in Catania, 3SUN manufactures thin-film multi-junction panels, with a production capacity that in 2011 amounted to 160 MW per year and is expected to grow considerably over the next few years. The quality of the thin-film panels manufactured by 3SUN is extremely high, and the cost for the final user is low.

This technology will have various applications and will revolutionise in the future the market’s approach to the solar photovoltaic sector. According to World Energy Outlook 2011 forecasts, this sector will grow considerably at a global level in the next few years, and the installed capacity will grow from 22 GW in 2009 to about 500 GW in 2035. A report recently drawn up by the EPIA (European Photovoltaic Industry Association) also emphasised the fact that this technology has continued to grow in 2011, despite the economic crisis.

Also in Italy, solar photovoltaic moved forward this past year. Indeed, during the fist two quarters of 2012, 3SUN has produced 5 plants: Altomonte 2, in the province of Cosenza, the largest plant that was ever built in Italy with silicon thin-film photovoltaic panels ; other plants that were put into service in Calabria are Granataro with 1 MW, Istia with 1.4 MW e Paglialonga – Bisignano with 1-2 MW. Finally, in the region of Lazio the Pontinia with 2.6 MW was grid-connected.