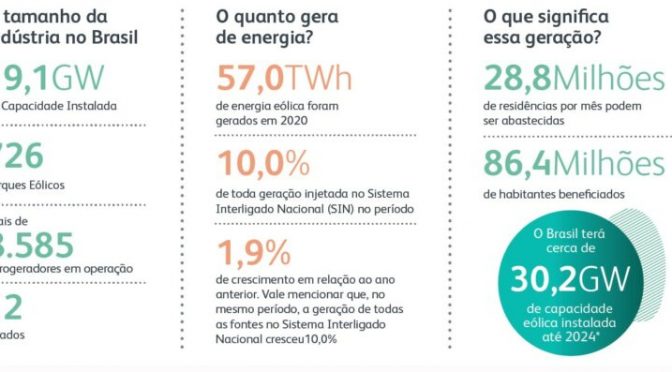 In 2020, Brazil maintained the seventh position in the World Ranking of the GWEC (Global Wind Energy Council) and, considering the new capacity installed last year, Brazil was the third country that installed the most wind energy.
What explains this strong growth of the sector in Brazil is that, according to Abeeólica, Brazil has a capacity factor above the world average. Last year, for example, the capacity factor in Brazil was 40.6%, and we even registered an average month of 59% during the windy season. The world average is around 35%.

“Last year, wind was the source that grew the most, representing 43.17% of the total new installed capacity added to the matrix. All these numbers not only show a consolidated sector, but also show that wind energy has a promising future in Brazil ”, says Elbia Gannoum, Executive President of ABeeólica.