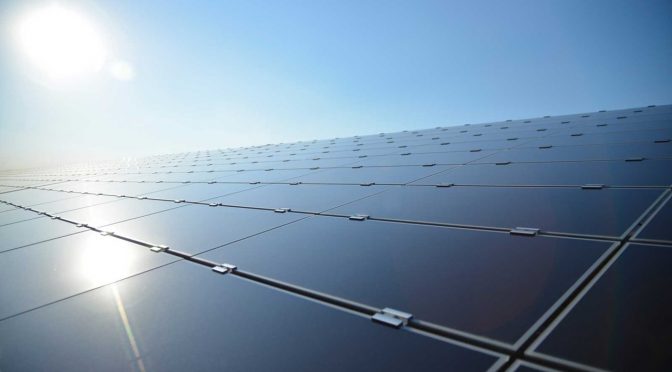 Grifols, a leading global producer of plasma-derived medicines with a history of more than 110 years contributing to improve the health and well-being of people, and RWE Renewables, one of the world’s leading renewable energy companies, today announced they have signed a 10-year Power Purchase Agreement (PPA) through which Grifols will buy enough clean electricity to meet 28% of its total yearly electricity needs in Spain.

Under the agreement, Grifols will purchase the entire output of a 21-hectare solar farm that RWE is developing in the southwest of Spain in Las Vaguadas, Badajoz, and which could generate as much as 25 gigawatt hours yearly (power capacity of 10MWac), or sufficient green electricity to supply a town of about 21,000 people annually. More than 7,600 tons of CO2 will be saved each year. The solar farm is expected to be operational in the first half of 2022. Until then, Grifols is meeting its green-electricity target through the purchase of Renewable Energy Certificates from RWE.

“The PPA with RWE is an important step in Grifols’ efforts to reduce our environmental footprint as part of our commitment to grow sustainably and contribute to a healthier planet,” said
Daniel Fleta, Grifols Chief Industrial Officer.

Grifols anticipates future PPAs in Spain and other markets where it operates, including the United States, as the company steadily shifts its energy-use profile to achieve its sustainability commitments for 2030: use renewable energies for at least 70% of electricity consumption, reduce greenhouse gas emissions per unit of production by 40% and increase energy efficiency per unit of production by 15%.

“With this deal, we are demonstrating our extensive capabilities as a leading integrated renewables player, ranging from project realisation and operations to commercialisation. The long-term agreement with Grifols illustrates how climate protection is possible under market conditions.”