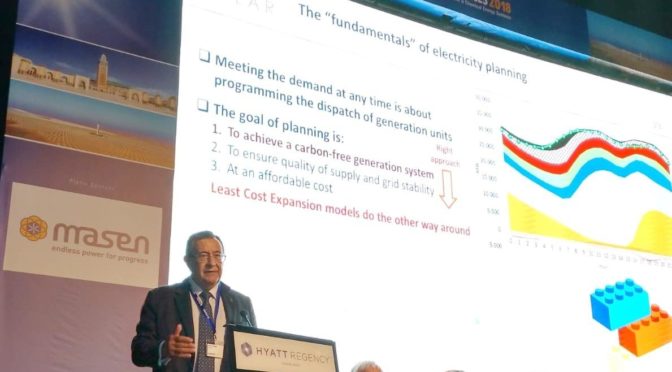 The award has been presented at the inaugural session of the SolarPACES 2020 Conference.
The Technology Centers and Spanish companies have also awarded the President of Protermosolar with a special award for his commitment to the sector and the achievements obtained.

Luis Crespo, president of the Spanish Association for the Promotion of the Solar Thermal Industry (Protermosolar), has been awarded the Lifetime Award that recognizes his professional career by the international solar thermal sector. This award was presented at the opening session, held yesterday, of the SolarPACES 2020 congress, the most relevant global event in the solar thermal sector.
Luis Crespo has also received a special award for his commitment to the sector and the achievements obtained by the Technological Centers and Spanish companies.
The SolarPACES congress, which takes place throughout this week online as it could not be held in person in Albuquerque (New Mexico, USA) due to the pandemic, is one of the collaboration agreements of the International Agency for the Energía, whose roots date back to 1977 when the IEA promoted the construction of two demonstration Concentrated Solar Power plants at the Plataforma Solar de Almería (PSA).
At the award ceremony, Robert Pitz-Paal, president of SolarPACES, and Carlos Alejaldre, CIEMAT General Director, highlighted the commitment and leadership played by Luis Crespo in the development experienced by the technology of Concentrating Solar Power plants, both nationally and internationally, throughout his long professional career. Carlos Alejaldre has also announced the placement of a plaque in recognition of his work at the PSA.
In his speech of gratitude, Luis Crespo highlighted that solar thermal plants are already beginning to be perceived as necessary in the energy transition processes in sunny countries and that the world will be divided into two categories in relation to decarbonization strategies: countries that can install solar thermal power plants in their territory and those that cannot, anticipating that the transition will be easier and much less expensive in the former, among which is Spain.
For Luis Crespo, “Concentrated Solar Power plants are and will be the most competitive renewable solution to replace photovoltaic production from dusk, without contributing to price cannibalization while the sun shines. But, in addition, without any additional investment, its storage tanks will be able to provide strategic reserve for those 100 critical hours per year of peak demand, around 9 at night between November and February. This reservation would be available regardless of whether the previous days or weeks had been sunny or not. Its thermal storage system could also, by adding electric heaters, collect photovoltaic or wind energy discharges and even participate in price arbitration ”.
Protermosolar is the association that represents the Spanish sector of the solar thermal industry. Solar thermal technology, in which Spain is an international leader, has recently burst into the world of renewable energies and currently has great growth potential due to its energy storage capacity and its ability to dispatch it at convenience. its stimulating effect on the local economy and employment and its trajectory of cost reduction. The installed power in Spain is 2,300 MW, representing a third of the world’s installed capacity, with the presence of Spanish companies in practically all the projects in operation or under construction.