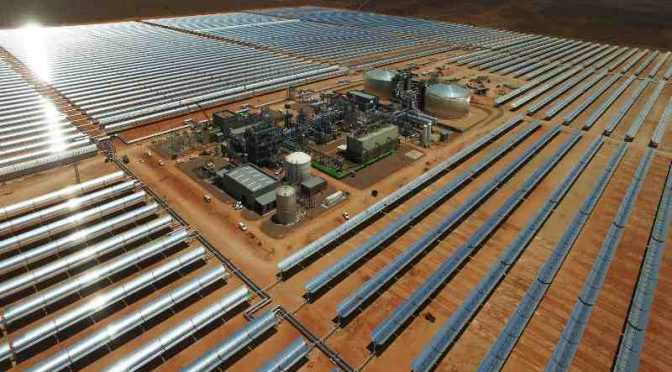 In addition, the plant clocked production of 902MWh in a single winter’s day on 31 August 2020 – which the project developers noted that it is the highest production ever over a single 24-hour period in winter.

According to the Bokpoort CSP project, this is equivalent to about 18 hours of full load operations (with a 50MW turbine) akin to base-load technologies. The thermal storage facility of Bokpoort CSP also enabled the plant to effectively support the grid with power during the critical evening peak (4pm – 10pm), while maintaining a Peak Hour Load Factor of about 82% for this period on a daily basis.

The chairperson of Bokpoort CSP, Nandu Bhula, on behalf of the board and shareholders, expressed his appreciation for the plant’s accomplishments to date.

“Bokpoort has been consistently setting several new records from the time the plant started production: First the African record of 161 hours of continuous operations for a renewable energy plant, with non-stop day and night production in March 2016, followed by a new summer month production record of 27.5 GWh in January 2019, and now achieving the new winter month record as well,” said Bhula.

He added that the board of Bokpoort CSP continues to challenge the management team towards setting new records and thereby delivering exceptional value to the local grid. Given the significant pressure the power system is under with regular loadshedding, this performance is truly valued by all.

Paddy Padmanathan, the President and CEO of ACWA Power, the lead shareholder in Bokpoort CSP, was equally proud of this achievement and shared that “it is our fervent view that this technology remains relevant to a country’s energy mix, in particular the proven storage capability to enable the delivery of clean, reliable renewable energy, both day and night on a dispatchable basis as well as supporting the grid through ancillary services capability.”

He noted that consistent performance across the globe has proven the all-round potential of this technology.

Renewable technology development and deployment around the globe has significantly intensified and the future of CSP in this mix remains equally exciting.