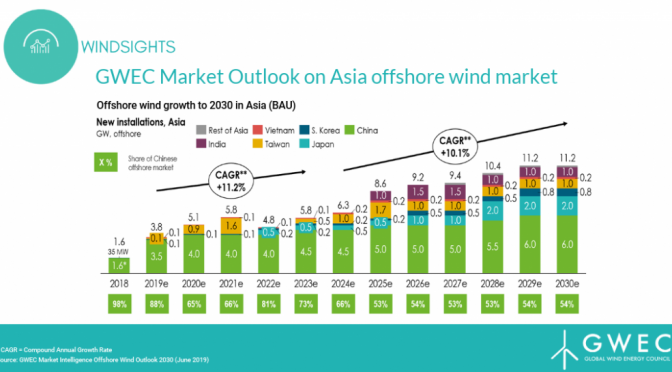 Norwegian energy firm Equinor and state-owned China Power International Holding (CPIH) plan to cooperate in offshore wind energy developments in China and Europe.
The two firms signed a memorandum of understanding that they said was a step towards building a long-term strategic partnership, although an Equinor spokesman said it was to soon to outline specifics about what that would involve.

“Next we will look at what projects we can develop together in China or Europe,” the spokesman for the Norwegian firm said.

China has been one of the world’s biggest investors in renewable energy, such as solar and wind power. It is set to become the world’s largest offshore wind power market by 2030, CPIH and Equinor said in their statement.

CPIH President Jun Tian said in the statement that his firm wanted to develop “a sustainable energy business together with our partner in both domestic and overseas markets.”
Equinor, the state-controlled oil and gas producer that has been seeking to expand its offshore wind energy business, has secured deals to erect turbines off the U.S. and British coasts.

Equinor and London-listed SSE won a contract last week to build a 3.6 gigawatt (GW) offshore wind farm at Dogger Bank in Britain’s North Sea that will involve investment of 9 billion pounds ($11.20 billion) from 2020 to 2026.