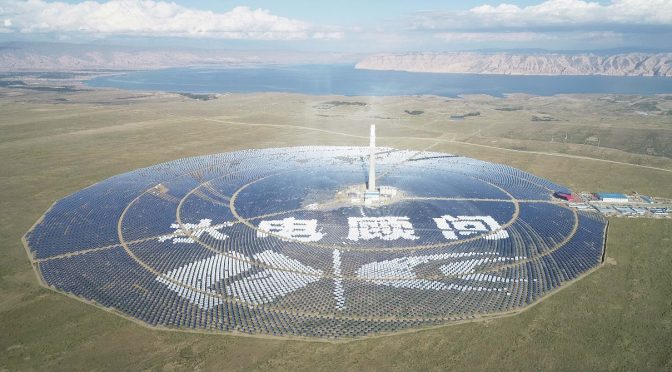 In view of the unfavorable conditions of pressing project schedule and harsh weather, SUPCON SOLAR rallied its resources and formed a professional team to tackle the adversities. On February 1st, 2018, SUPCON SOLAR signed the contract with POWERCHINA NORTHWEST ENGINEERING CO.,LTD. On June 28th 2018, the first heliostat was assembled. The installation works of the heliostat field and receiver were completed on January 14th 2019 and July 31st 2019 respectively. On September 5th, the heliostat field, heliostat control system, and receiver were successfully commissioned.

Based on prior experience of commissioning and operating of Delingha 50MW Tower CSP Project, SUPCON SOLAR will continue to work diligently on further commissioning tasks and eliminating defects, in order to pass the following performance tests as scheduled.

The project is of great significance since it is the first CSP demonstration project synchronized to the grid in 2019. The astounding speed from commencement to completion has also set a new high among its peers.