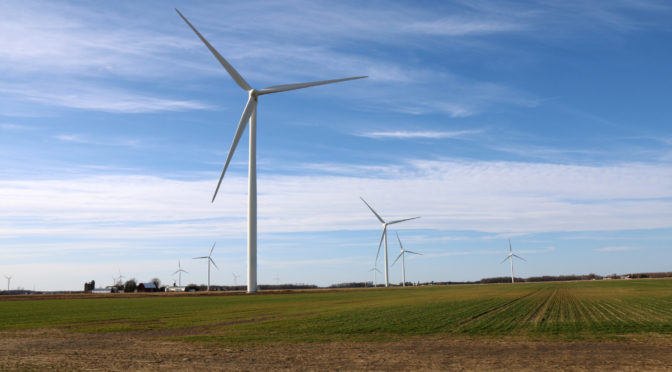 DTE recently announced that the Michigan Public Service Commission (“MPSC”) has provided conditional approval on its proposal to buy three wind parks in Michigan. The company will purchase two largest wind parks — Isabella I and Isabella II — from Apex Clean Energy and Fairbanks Wind from Heritage Sustainable Energy. Together, the three parks have capacity to generate 455 megawatt of renewable energy. The projects are expected to begin operations in 2020.

The company is committed to reduce carbon emission and is increasing its electricity generation from renewable sources. The wind parks purchase will expand the company’s renewable energy portfolio by nearly 50%.

The company’s DTE Electric segment plans to withdraw a portion of its coal-fired generation and set goals to lower carbon emission by 80% by 2040 from 2010 levels. DTE Energy is investing steadily to enhance its renewable generation assets. Since 2009, the company has invested $2.8 billion and will invest an additional $2 billion over the next five years.

In March 2018, DTE Electric filed its 2018 Renewable Energy Plan with the MPSC proposing approximately 1,000 additional megawatts of energy from new wind and solar projects to be completed by 2022. Such initiatives are likely to boost the company’s position in the rapidly transforming energy market, wherein clean energy producing utilities will gain more. Recently, the company’s largest wind park in Michigan-Pine River has commenced operations. It will provide enough clean energy to power more than 54,000 homes.

Usage of renewable energy sources to produce electricity is constantly increasing in the United States. Wind energy is gradually becoming the preferred renewable source of electricity generation owing to lower cost of production and innovative technologies. Per a recent forecast by the U.S. Energy Information Administration (EIA), Wind, solar and other nonhydropower renewables together will contribute 11% in 2019 and 13% in 2020 to total utility-scale generation in the United States.