ENGIE (www.Engie.com) is pleased to announce that commercial operation was achieved on 30 January 2019 for the 100 MW Kathu Solar Park in South Africa. This state of the art plant is a greenfield Concentrated Solar Power (CSP) project with parabolic trough technology and equipped with a molten salt storage system that allows for 4.5 hours of thermal energy storage to provide reliable electricity in the absence of solar radiation and during peak demand. The Kathu site covers approximately 4.5 km², with 384,000 mirrors. Kathu is the first CSP development for ENGIE. 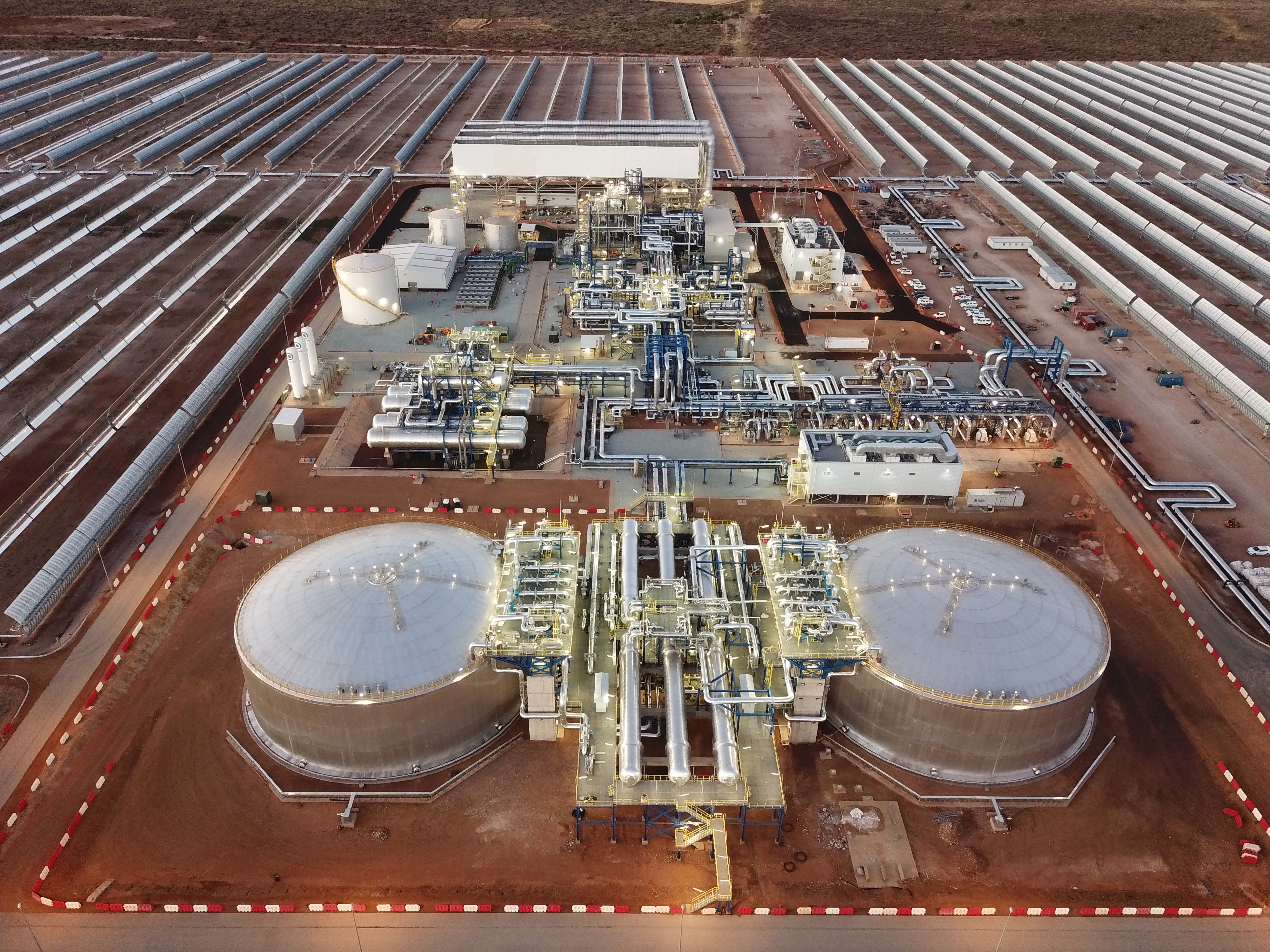 Isabelle Kocher, CEO of ENGIE : “The completion of Kathu shows our continued commitment to an economic and environmentally friendly development in South Africa. Kathu with its molten salt storage design offers a clean solution to overcome the intermittency of renewable energies. We are proud to contribute to the country’s renewable energy goals, and look forward to continuing the projects initiated with local communities making Kathu a genuine driver of regional economic development.” 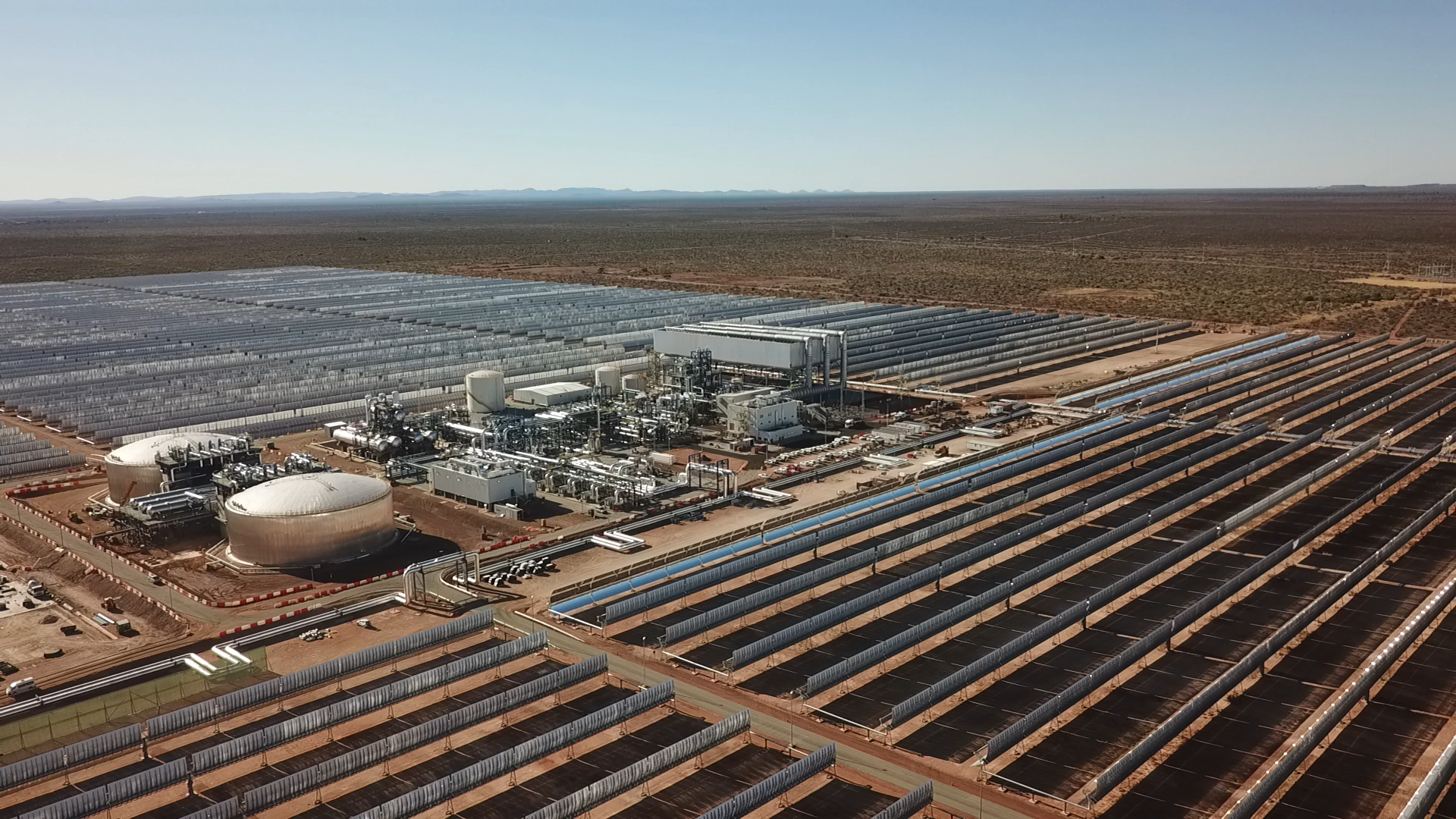 Kathu will provide clean and reliable energy to 179 000 homes in the local community of the John Taolo Gaetsewe District Municipality, the Northern Cape and South Africa as a whole. In addition to this, it is estimated that the Kathu Solar Park will save six million tons of CO2 over 20 years, and will foster further local economic development through several projects, such as the trust for the benefit of the communities situated in the Northern Cape and sourcing of services from local entrepreneurs.

The KSP shareholders, which are led by ENGIE (48.5%), include a group of South African investors comprising SIOC Community Development Trust, Investec Bank, Lereko Metier Sustainable Capital Fund, and its co-investors FMO, the Dutch development bank and DEG, the German investment and development company, and the Public Investment Corporation. The main contractor (EPC) is Liciastar– a Spanish consortium of SENER and Acciona in addition to the Kelebogile Trust.

For over 50 years, ENGIE has been active in many African countries through its energy engineering business and more recently as an independent power producer in South Africa and Morocco with a total capacity of 3,000 MW either in operation or under construction. By 2025, ENGIE wants to be a reference partner in several African countries for power plants, energy services to businesses and decentralized solutions for off-grid customers – communities, companies and households. ENGIE already has more than 1 million customers with domestic solar installations and local microgrids, and aims to become one of the viable leaders on the continent’s off-grid service market.

We are a global energy and services group, focused on three core activities: low-carbon power generation, mainly based on natural gas and renewable energy, global networks and customer solutions. Driven by our ambition to contribute to a harmonious progress, we take up major global challenges such as the fight against global warming, access to energy to all, or mobility, and offer our residential customers, businesses and communities energy production solutions and services that reconcile individual and collective interests.

Our integrated – low-carbon, high-performing and sustainable – offers are based on digital technologies. Beyond energy, they facilitate the development of new uses and promote new ways of living and working. Our ambition is conveyed by each of our 150,000 employees in 70 countries. Together with our customers and partners, they form a community of imaginative builders who invent and build today solutions for tomorrow.