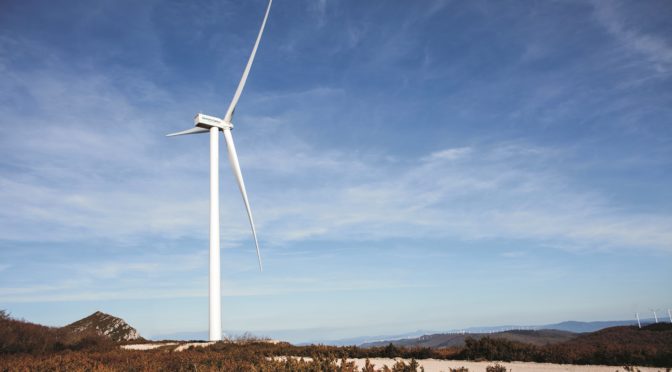 The company is to install a total of 63 wind turbines in seven wind farms located in Navarra, Valladolid, Zaragoza, Málaga and Cádiz. All the wind power agreements include operation and maintenance services. With these wind farm contracts, Siemens Gamesa has sold 1.2 GW in Spain since the end of 2017, entailing the production and installation of 265 wind turbines

With new agreements* to supply nearly 200 MW to five separate customers, Siemens Gamesa ratified its #1 position in the Spanish market, where it accounts for over 55% of the installed fleet. In total, the company will supply 63 wind turbines this year to seven wind farms, located in Navarra (32 machines), Valladolid (4), Zaragoza (15), Málaga (9) and Cádiz (3). The company will also provide operating and maintenance (O&M) services for all those facilities.

Most of the blades for these turbines will be manufactured in the plants at Aoiz (Navarra, Spain), As Somozas (Galicia, Spain) and Tangier (Morocco). All the nacelles will be produced at the Ágreda plant in Soria, Spain.

Specifically, the company will install 32 SG 3.4-132 wind turbines in the Cavar wind complex, which is being co-developed by Iberdrola and Caja Rural de Navarra. This project, comprising four wind farms with an installed capacity of 111 MW, is located in the municipalities of Cadreita and Valtierra, in Navarra. It will also maintain the machines for 10 years.

Siemens Gamesa will supply 12 turbines (32 MW) to Alfanar Energy: nine SG 2.6-114 turbines for the La Escalereta II farm in Málaga, and three SG 2.6-114 machines for the La Estancia wind farm in Cádiz. In this case, the company will operate the farms and provide maintenance services for 20 years.

Siemens Gamesa has also reached an agreement with Villar Mir Energía for the turnkey construction of the Tablares (12 MW) and El Sotillo (15 MW) wind farms in Zaragoza.

The company will also deliver six SG 3.4-132 wind turbines to Grupo Jorge for a 21 MW wind farm in Pedrola, Zaragoza, and will provide maintenance services for 10 years.

Siemens Gamesa has also signed an agreement with Falck Renewables to supply four SG 2.6-114 turbines (11 MW) for the Carrecastro wind farm in the Valladolid municipalities of Tordesillas and Velilla.

With these contracts, Siemens Gamesa has sold 1.2 GW in Spain since the end of 2017, entailing the production and installation of 265 wind turbines.

The company has one of its main R&D centres in Spain, where it designs some of its latest models of wind turbine. Overall, Siemens Gamesa spends close to €400 million on R&D worldwide each year. Spain is also one of the company’s main production and supply hubs.

* These orders form part of the order intake disclosed by the company in the Q1 FY2019 results.