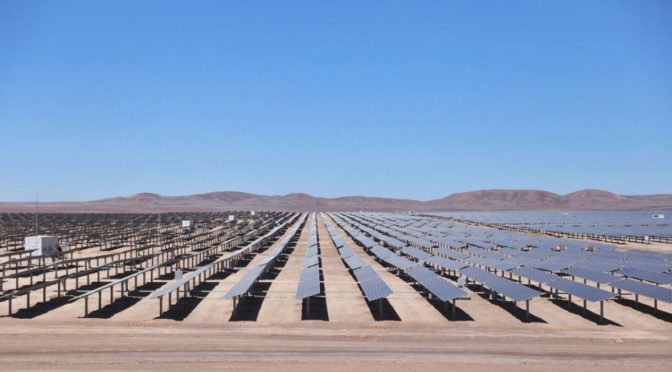 Cerro Dominador, a Chilean company owned by investment funds managed by EIG Global Energy Partners (“EIG”), announced today the signing of the financing for its Concentrated Solar Power plant (CSP) located in the Atacama desert, in Chile. This milestone will allow the company to finalize the construction of the first combined CSP and photovoltaic project in Latin America, with a total of 210 MW of capacity. The plant will supply clean, reliable energy to the national interconnected system in Chile, selling most of its power under 15-year power purchase agreements awarded at the end of 2014. 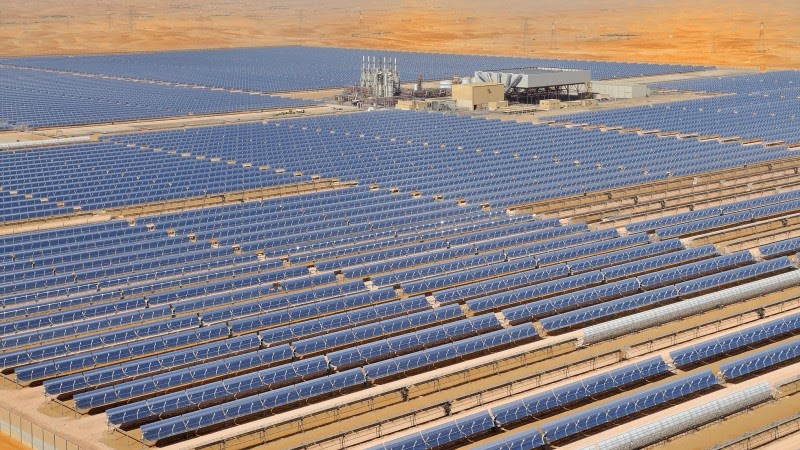 The $758 million financing has been subscribed by a group of international financial institutions and the contribution of local banks. Among the financial entities involved are: Natixis, Deutsche Bank, Société Générale, ABN AMRO, Santander, Commerzbank and BTG Pactual as well as other institutional investors in a tranche parallel to the bank financing. Other participants are expected to join the banking group in the coming weeks.

“This is another significant milestone in our plan to build the first CSP project in Latin America. Chile has one of the best locations to harness solar energy and this technology is ideally placed to bring solutions to the country by providing clean, reliable power operating 24 hours a day. We are meeting the commitments made and are excited to be contributing to Chile’s energy agenda”, said Fernando González, Cerro Dominador, CEO.

The Cerro Dominador project is located in Maria Elena, near Calama, in the Antofagasta Region, an area with one of the highest solar radiation in the world. The new plant will produce clean energy, replacing the expected emissions of 640,000 tons of CO2 per year, reaching -as an integrated project- a total of 870,000 tons of CO2 reduction per year.

The new construction phase will have an important contribution in terms of employment for the region, generating more than 1,000 jobs at the peak during the next two years.

The company has been advised throughout the financing process by Milbank, Tweed, Hadley and McCloy (International Counsel), Morales y Besa (Local Counsel), and Astris Finance (Financial Advisor). The completion of the plant construction will be carried out by a consortium formed by world leading companies in solar technology.

Cerro Dominador is a proud contributor of the Chile Energy Agenda, which has pursued to diversify the country’s matrix by increasing the use of renewable energy.

EIG took its control position and management oversight of the solar project at the end 2016. The first part of the Solar Project, with 62 MW of photovoltaic power started in October 2017, reaching the full 100 MW in February 2018.

Cerro Dominador is a solar energy project, with the first Concentrated Solar Power plant built in Latin America. With a total of 210 MW of a combination of CSP and photovoltaic technologies, the project will provide renewable baseload energy to the Chilean Electricity System. The project is carried out on lands granted by the State of Chile as a way to contribute to the development of Renewable Energies.

EIG Global Energy Partners specializes in private investments in energy and energy-related infrastructure on a global basis and has $18.9 billion under management as of March 31, 2018. Since 1982, EIG has been one of the leading providers of institutional capital to the global energy industry, providing financing solutions across the balance sheet for companies and projects in the oil and gas, midstream, infrastructure, power and renewables sectors globally. EIG has invested over $26.3 billion in more than 325 portfolio investments in 36 countries. EIG is headquartered in Washington, D.C., with offices in Houston, London, Sydney, Rio de Janeiro, Hong Kong and Seoul.