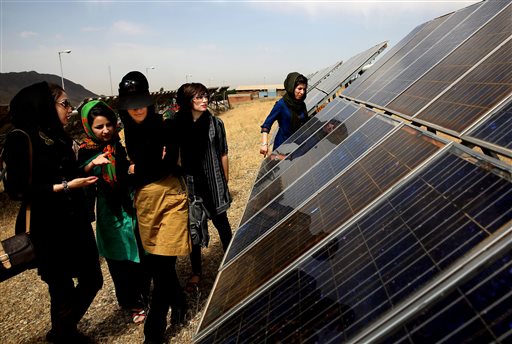 Iran has started the construction of a 10-megawatt solar power plant on Qeshm Island, the first photovoltaic power station on the Persian Gulf island, a media report said on Saturday.

Hamidreza Momeni, Managing Director of Qeshm Free Trade Zone, said on the sidelines of the ceremony for the project that the plant will be built in an area of about 150,000 square metres in Tula industrial town on Qeshm Island, Xinhua news agency reported.

A domestic energy company will carry out the project in two phases, employing Italian and German technology, Momeni said.

The first phase of the project, which requires about $2.6 million in investment, is planned to go on stream in one year, he said.

According to Mahmoud Dashtbozorg, Managing Director of Khuzestan Regional Electricity Company, a German company will also invest $82 million to build a wind farm in Arvand Free Trade Zone with the help of its Iranian partner, Tose’eh Zist Arvand Investment Company.