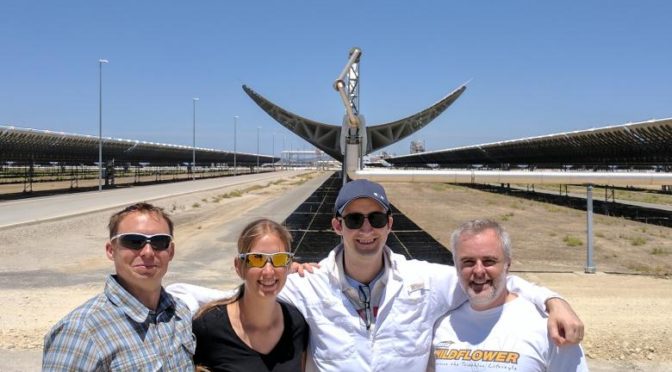 The Google corporation, through its division X, has visited the thermoelectric solar installations of Gemasolar (Seville) and Valle 1 and Valle 2 (Cádiz), for which SENER has granted its own technology and it is owner through the company Torresol Energy, where it participates in 60%.
Google X is the division of the technology giant Google aimed at research and development of technologies of the future. The delegation that had the opportunity to accompany consisted of: Adrienne Little, Sebastian Freund, James Dorris and Phil Larochelle, who were received by Sergio Relloso from the Structures and Mechanisms section of SENER in Bilbao. 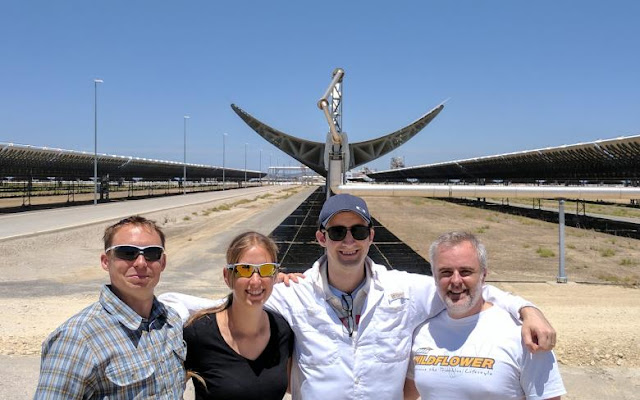 SENER has participated in nearly 30 solar thermal projects in South Africa, Morocco, Spain and USA representing 2,060 MWe installed or under construction, and saving over 5,300,000 CO2 tons per year. SENER has unparalleled know-how when it comes to further improving the main components of facilities, from the solar field to the central tower receiver, the hybridization with other processes, the fluid properties, the troughs (SENER is now in the second generation of its SENERtrough® system, designed and patented by the company, but is still working on improvements), heliostats, instrumentation, etc. It can optimize the processes from the conceptual definition of the plant to the integration of all technology, since in these plants – whose source, solar irradiation, is not constant – it is vital for their proper functioning.
SENER has also pioneered the application of technological solutions for central tower and heliostat plants such as the high concentration receiver system and high-temperature molten-salt storage system. In central tower plants, the same configuration as that successfully applied by SENER at Gemasolar (Spain) and now, currently under construction, in NOORo III (Morocco).
http://helioscsp.com/google-x-visits-the-gemasolar-and-valle-1-and-valle-2-concentrated-solar-power-plants/
http://helionoticias.es/google-x-visita-las-centrales-de-termosolar-gemasolar-y-valle-1-y-valle-2/