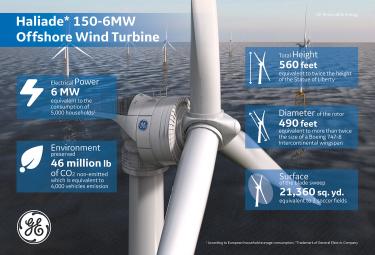 The emergence of wind power as a major alternative source of energy has propelled the growth of turbine suppliers over the past few years. Growing environmental concerns have forced many nations to formulate plans to accelerate the development of onshore as well as offshore wind power projects, leading to an increase in turbine demand.

With headquarters in Aarhus, Denmark, Vestas is involved in design, manufacture, installation, and servicing of wind turbines across the globe. Employing over 21,800 globally, the company has manufacturing facilities in several countries that include Denmark, Germany, India, Italy, Romania, the UK, Australia, China, and the US, among others. It has installed 82GW of wind turbines in 76 countries.

In 2016, the company received a total of 10,494MW wind turbine orders from 33 countries. Last year, the Danish turbine maker opened a new hub and nacelle production unit in Aquiraz, Brazil to cater to the Latin American market. Recently, MHI Vestas Offshore Wind, a 50/50 joint venture of Mitsubishi Heavy Industries (MHI) and Vestas Wind Systems, rolled out an upgraded version of the 8MW wind turbine platform that can reach 9 MW at specific site conditions. Guodian United Power Technology Company (United Power) is a state-owned Chinese company that provides a range of solutions for wind turbine generator systems. Headquartered in Beijing, it is wholly-owned by China Guodian Corporation Group, which is one of the five largest state-owned power generation groups in China. Its product portfolio includes wind turbine series with rated capacity of 1.5MW for normal, high altitude, tideland & coastal, and low temperature conditions. It claims to have independently developed double-fed offshore wind turbines with rated capacity of 3MW. According to its website, the company owns five subsidiaries, three holding companies and six manufacturing and R&D bases in six cities across China.

Siemens Wind Power is a separately managed wind business of the German conglomerate Siemens, with over 35GW of installed wind power capacity. To date, the firm has installed nearly 2,100 offshore wind turbines, with a total capacity of more than 7GW. Its geared wind turbines have rotor diameters of up to 130 meters and a nominal power of up to 4 MW. The company claims that its direct drive turbines can reach nominal ratings of up to 8 MW and excel with a rotor diameter of 154 meters. In December 2016, it opened new rotor blade factory for offshore wind turbines in Hull, UK. It is also constructing €200m new wind turbine manufacturing facility in Cuxhaven, Germany. Gamesa is a Spanish firm involved in the manufacture of wind turbines and the construction of wind farms. The company also offers wind turbine’s operation and maintenance services. It has a global installed capacity of over 35.8GW, with a presence in 55 countries. Gamesa’s facilities in Spain and China serve as its global production and supply hubs. It also maintains its local production capacity in India and Brazil. In February 2017, it opened a new blade facility in India, where it has installed over 3,500 MW of capacity. Recently, the European Commission approved the merger of Siemens Wind Power and Gamesa.

GE Renewable Energy is one of the major wind turbine manufacturers, supplying 1.7 MW to 3.8 MW rated turbines for onshore projects and 6MW for offshore. Supplying over 30,000 turbines across the globe, the company also provides support services for wind farms. Last year, it acquired the Danish maker of rotor blades LM Wind Power, which has over 190 patents and produced 185,000 blades since it opened for business in 1978.