In 2015, the Nordex Group improved its position on the growing French market. With an output of around 155 MW newly-installed turbines, Nordex has increased its market share from nine percent in 2014 to 14 percent in 2015. Overall, the newly-installed capacity in the onshore wind sector in France has increased to 1,073 MW in 2015. This means that the country has continued to maintain its position as one of the top markets for wind energy in Europe. 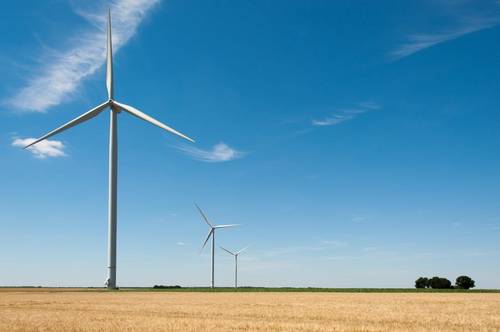 Most of Nordex’ recent developments in France are based on the N100/2500, with 60 units in 2015. Due to a high order intake rate within the past months, Nordex expects good business in 2016 as well. The last project sold was an order for six N100/2500 for the project “Tenbonrev” in the Champagne region. Nordex will deliver these turbines in September of this year.

Currently, the N117/2400 and N131/3000 are generating growing interest in the French market. With most of the new sites in France being light-wind areas, these turbine models should be used in the majority of the company’s future projects.

One of these projects is “Morlange”. For this wind farm, located near the border to Luxembourg, Nordex will deliver four N117/2400s within this year. As of “Morlange”, the company not only functions as manufacturer but also as developer. The wind farm is one of five recent projects generated via the “Nordex Development” distribution channel, a division focussing on the development of wind farms with local partners. The company has been implementing projects developed in-house there in successful partnerships since the early 2000s.

As the French government last year specified its targets for increasing the use of renewable energy, following the growth in 2015 this year too, the market offers plenty of potential for the wind sector. For example, the government has simplified administrative procedures in order to support the increase of the share of renewables in energy consumption to 23 percent by 2020 and 32 percent by 2030.

As one of the technological leaders in multi-megawatt wind power systems, Nordex is benefiting from the trend for large-scale turbines. The Generation Gamma range comprises the N90/2500, N100/2500 and the N117/2400, which is one of the most efficient series turbines for non-coastal regions. To date, over 3,600 of these turbines have been produced. With Generation Delta, Nordex is now offering the fourth generation of its proven multi-megawatt platform (N100/3300, N117/3000, N131/3000 as well as the N131/3000 for the German market). Nordex has installed around 7,000 turbines with an aggregate capacity of over 13,000 MW all over the world. With exports accounting for around 70 percent of its business, Nordex SE also plays a key role in international high-growth regions. The company has offices and subsidiaries in more than 20 countries with more than 3,000 employees worldwide.