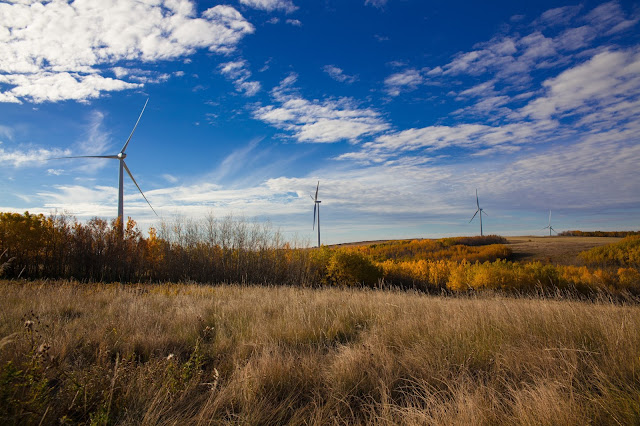 “With some of the best renewable resources in Canada, Alberta is incredibly well positioned for growth in clean energy projects,” said Grant Arnold, BluEarth’s President and CEO. “I am proud of the innovation and passion demonstrated by our team and local community members in executing this project, and in bringing greater diversity to the local economy. We’d like to sincerely thank the communities surrounding Bull Creek for their support over the past years.”

Bull Creek is expected to inject more than $15 million into the local economy over its life span. In addition, more than 60,000 hours of employment went into the construction of the facility, which also generated considerable local investment.

“I commend BluEarth Renewables for creating good jobs in Alberta, seeing this project through, and helping power our province,” said Marg McCuaig-Boyd, Minister of Energy for the Province of Alberta. “Our government’s Climate Leadership Plan will see Alberta transition to up to 30 per cent renewable power generation by 2030. The good work of Alberta-based companies like BluEarth, along with investment from companies around the world who develop renewable energy, will be critical in helping Alberta’s reliable power-grid become greener and healthier.”

“New wind energy developments, like Bull Creek, help Alberta to reduce greenhouse gas emissions and clean the air while also producing significant new investment and jobs,” said Robert Hornung, President, Canadian Wind Energy Association. “The Alberta Government’s new Climate Leadership Plan is positioned to build on the success of projects like this one by dramatically expanding the contribution of clean, reliable, and cost-effective renewable energy in the province’s electricity supply mix for the benefit of Alberta and Albertans.”

Electricity from Bull Creek will be sold to a number of Alberta’s school boards through agreements reached with assistance from the Alberta Schools Commodities Purchasing Consortium (“CPC”). The CPC ran a competitive process to select a renewable power developer to provide members with an option for a long-term, affordable source of renewable energy. BluEarth was selected as the partner to develop a project to meet their requirements.

“Wind power enables participating school boards to take advantage of the long-term predictable cost of wind energy, with no future fuel-price risk,” said Francois Gagnon, Chair of the CPC. “In addition, it limits our exposure to potential increases in costs associated with greenhouse gas pollution from traditional sources of energy production.”

Headquartered in Calgary, BluEarth is a private, independent renewable power producer, focused on the acquisition, development, construction, and operation of wind, water, and solar projects, with a focus on Canada. With the most experienced renewable energy development team in Canada, BluEarth’s mission is to be the renewable energy leader by developing, building, and operating a portfolio that optimizes people, planet, and profit. BluEarth believes it has The Power to Change the FutureTM by demonstrating how to be sustainable and profitable, leaving the world a better place.