The envisaged Singida Wind Power project will roll the region’s economic fortunes and turn the municipality into a city during the next few years, the project developers said yesterday.

Singida Region is home to 1.37 million people, according to the 2012 Population Census, with the Singida Municipality alone having 150,000 people. 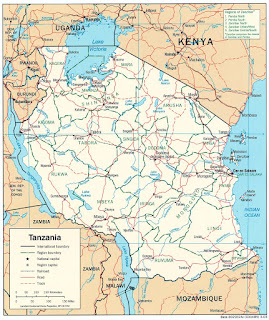 “Due to possession of huge wind energy Singida Region is expected to attract massive investments to become the strongest economy in the central zone of the country within few years to come,” said Mr Chagama.

Funded at the cost of $285 million, it is anticipated that the project will produce 100MW of electricity.

The director of projects at the company, Mr Rashid Shamte, said with support from the government Singida Wind Power has now reached the final stages of concluding power purchase agreements with Tanzania Electric Supply Company (Tanesco).

In his opening remarks, the Commissioner for Petroleum and Energy, Mr Hosea Mbise, said that renewable sources such as wind and solar energy were also included in the National Power Master plan which is earmarked for implementation from 2009 to 2033.

Under the plan, national electricity connectivity is expected to increase from the current 30 per cent of households to 50 per cent in 2025 and to reach 70 per cent in 2033.

Apart from population – which is mostly more than 300,000 for the municipality – other aspects that are required before a municipality is upgraded into a city include infrastructure, revenue collections and general adjustments to the topography. It is anticipated that the Singida Wind Power will kick-off by the end of 2017.

Speaking on the sidelines of Powering Africa conference yesterday, the director of business development for Wind East Africa (Wind EA), Mr John Chagama, said the project will attract further investment projects into Singida which will stimulate other economic activities and put the Singida Municipality on the right track to meet the city status requirements.