Siemens has received orders for three wind power plants with a total capacity of 130 megawatts (MW) within a period of only 12 months. The company will equip these plants with its direct-drive D3 wind turbines by the end of 2016. The SWT-3.0-113 and SWT-3.2-113 wind turbine models have proven to be the most efficient technology solution in the projects planned for the Basilicata region of southern Italy. The Italian regulatory authority Gestore Servizi Energetici (GSE) has prescribed an awarding procedure for wind farms with capacities greater than 5 MW since 2012. In this process, developers offer the greatest possible discounts from the defined base rate of EUR 127 for each MW/h of power that is generated. This procedure favors particularly economical wind turbines. 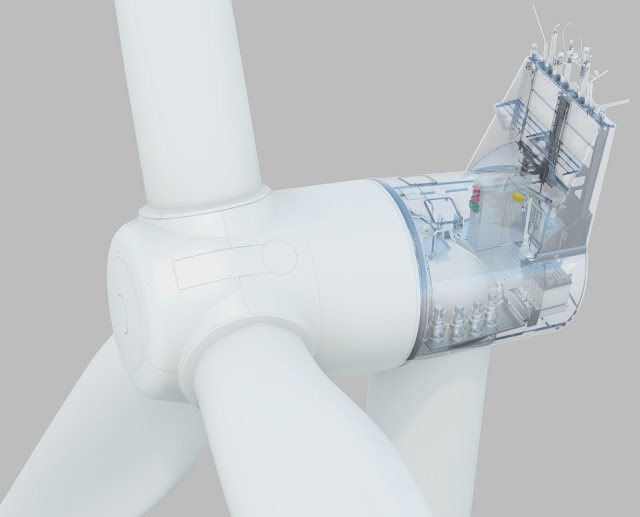 The Siemens SWT-3.0-113 and SWT-3.2-113 wind turbines stand out thanks to their high energy yields and their particularly efficient operation. Siemens has won three projects within one year in Italy with these turbines, as the descending-bid auction order awarding procedure practiced there favors particularly efficient technology.

Both the 60-MW Melfi project located near the town of the same name and also a 54-MW project near the community of Tricarico are located in the Basilicata region in southern Italy. The Siemens direct-drive turbines achieved the best overall cost balance for both of the planned wind farms. Besides its high annual energy yields the SWT-3.0-113 wind turbine also scored well with its noise emission options, which provide for reduced rotor speed during operation at night. Installation work at the Melfi and Tricarico sites is to begin in the first half of 2016. The 16-MW Cerreto project, with its 5 Siemens SWT-3.2-113 turbines near the community of Genzano di Lucania – likewise located in the Basilicata region – is scheduled to go online in the next weeks.

“The order awarding process in place since 2012 has resulted in greater cost transparency for onshore wind power projects in Italy”, stated Thomas Richterich, CEO of Onshore in the Siemens Wind Power and Renewables Division. “We are therefore very pleased that we can highlight the efficiency of our direct-drive D3 wind turbines here and especially for three Italian projects at once within one year.”