Statoil will invest about 2 billion Norwegian crowns ($236 million) in building a floating wind farm off the Scottish coast, in what the Norwegian oil and gas group said would be the first of its kind in the world. 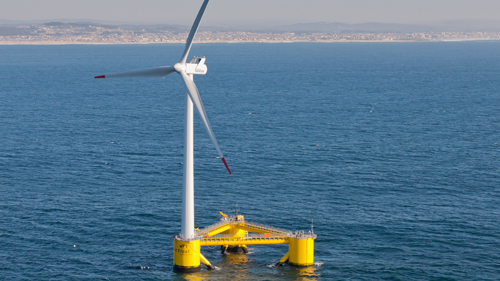 The company, which has run a single floating offshore turbine for several years in Norway, is planning to build a pilot project consisting of five floating turbines, each with 6 megawatt capacity, off the coast near Aberdeen in an area where the water depth is up to 120 metres.

Floating turbines are built for waters deeper than about 50 metres – the maximum for foundation-based turbines. As well as benefiting from not being limited to shallow waters, floating terminals also tend to attract less opposition over their visual impact than land-based wind farms.

Statoil’s investment in the project is the first from the oil major’s newly established business division, New Energy Solutions, for low carbon and renewable energy.

Statoil did not disclose the forecast cost of energy from the floating turbines but said it expects to make floating offshore wind competitive without support regimes by 2030.