President Barak Obama announced that 81 of the U.S.’s leading companies have signed onto the American Business Act on Climate pledge. The companies from Alcoa to GE, GM, International Paper, McDonald’s, Xerox and a host of other companies from a wide range of industries agreed to reduce emissions, increase low-carbon investments, use more clean energy and take other actions on climate change. The pledge helps align the U.S. to take action in the upcoming international climate discussions in Paris. 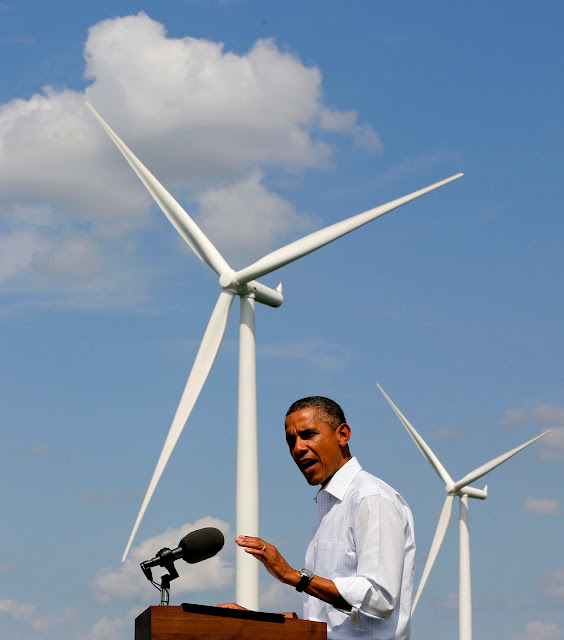 “For decades, our addiction to fossil fuels, to imported oil I think not only threatened our planet and our security, but also our economy,” Obama stated in prepared remarks. “Over the last seven years…even as we’ve attained number-one status in the production of oil and gas…we’ve also been able to…slowly begin the transition of our economy to a cleaner, smarter approach to using energy. And many of the companies sitting around here have been at the forefront of that process.”

Obama added, “We have now doubled our production of clean energy. We’ve been reducing our carbon footprint even as the economy grows. And this progress isn’t just creating a safer planet, it’s also creating jobs, it’s creating business opportunities, and it’s something that customers are increasingly looking for.”

“Right now, we’ve got 81 companies who’ve signed on to what we’re calling the American Business Act on Climate Change. They operate in all 50 states. They’ve got about 9 million employees, collectively, and about $5 trillion worth of market cap,” Obama said. He called for a partnership between business, organizations and governments at all levels to work together to reduce the U.S. carbon footprint.

The White House said signatories have agreed to make ambitious changes, depending on their specific energy or resources intensive needs. For instance companies like Apple and other IT companies and Ikea have been using renewables, sourcing 100 percent of their domestic power from clean energy, but companies like Levis also have pledged to use 100 percent renewable energy like solar power and wind power.