This year has brought a significant shift in the generating cost comparison between renewable energy and fossil fuels, according to detailed analysis by technology and region, published this week by Bloomberg New Energy Finance. 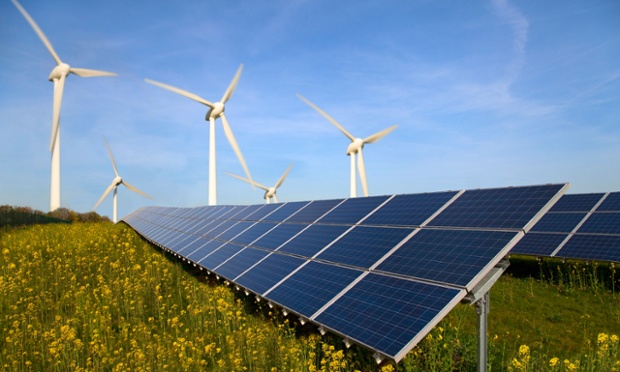 The research company’s Levelised Cost of Electricity Update for the second half of 2015, based on thousands of data points related to individual deals and projects around the world, shows that onshore wind and crystalline silicon photovoltaics – the two most widespread renewable technologies – have both reduced costs this year, while costs have gone up for gas-fired and coal-fired generation.

The BNEF study shows that the global average levelised cost of electricity, or LCOE, for onshore wind nudged downwards from $85 per megawatt-hour in the first half of the year, to $83 in H2, while that for crystalline silicon PV solar fell from $129 to $122.

Seb Henbest, head of Europe, Middle East and Africa at Bloomberg New Energy Finance, commented: “Our report shows wind and solar power continuing to get cheaper in 2015, helped by cheaper technology but also by lower finance costs. Meanwhile, coal and gas have got more expensive on the back of lower utilisation rates, and in Europe, higher carbon price assumptions following passage of the Market Stability Reserve reform.”

Levelised costs take into account not just the cost of generating a marginal MWh of electricity, but also the upfront capital and development expense, the cost of equity and debt finance, and operating and maintenance fees.

Among other low-carbon energy technologies, offshore wind reduced its global average LCOE from $176 per MWh, to $174, but still remains significantly more expensive than wind, solar PV, coal or gas, while biomass incineration saw its levelised cost stay steady at $134 per MWh. Nuclear, like coal and gas, has very different LCOE levels from one region of the world to another, but both the Americas and the Europe, Middle East and Africa region saw increases in levelised costs, to $261 and $158 per MWh respectively.

Luke Mills, analyst, energy economics at Bloomberg New Energy Finance, said: “Generating costs continue to vary greatly from region to region, reflecting influences such as the shale gas boom in the US, changing utilisation rates in areas of high renewables penetration, the shortage of local gas production in East Asia, carbon prices in Europe, differing regulations on nuclear power across the world, and contrasting resources for solar generation.

“But onshore wind and solar PV are both now much more competitive against the established generation technologies than would have seemed possible only five or 10 years ago.”