Just how many business voices and successful companies will it take before Congress decides to act and pass stable policy to help grow renewable energy in the U.S.?

They join the over 2,000 business voices who recently called on Congress to act by passing the tax extenders, a set of provisions that include the renewable energy tax incentives.

This set of policies include the renewable energy Production Tax Credit and Investment Tax Credits, tax incentives that have helped growing American wind power while attracting over $100 billion in private investment to our economy since 2008. The Production Tax Credit is the performance-based policy that’s helped make the U.S. number one in the world in wind energy production – with enough electricity to supply over 18 million American homes.

In commenting on their release, the Business Council for Sustainable Energy (BCSE) writes: “…The clean energy tax provisions have a proven track record of helping scale up production and drive down the cost of clean energy technologies, thereby ensuring that market-ready technologies are deployed to their full potential.  The BCSE looks forward to continuing to work with Congress and the Obama Administration to extend the expired and expiring clean energy tax provisions as soon as possible this year.  Doing so will help build the economy, create jobs, and deliver a safer, healthier energy future.”

And leading spokesperson for American wind power, Tom Kiernan, CEO of AWEA, weighed in on the letter saying “American wind power is building momentum right now, but Congress has yet to pass these critical tax incentives, and the clock is ticking. The U.S. wind energy industry has rebounded from the loss of 23,000 jobs in 2013 due to policy uncertainty, and we can grow to support 380,000 jobs by 2030 with stable policy.  That’s why we join hundreds of other voices in the business community to call on Congress to take action now.”

You can help by writing to your members of Congress and the following links and helping spread the message on social media.

You can also help spread the message about today’s letter by retweeting the below image! 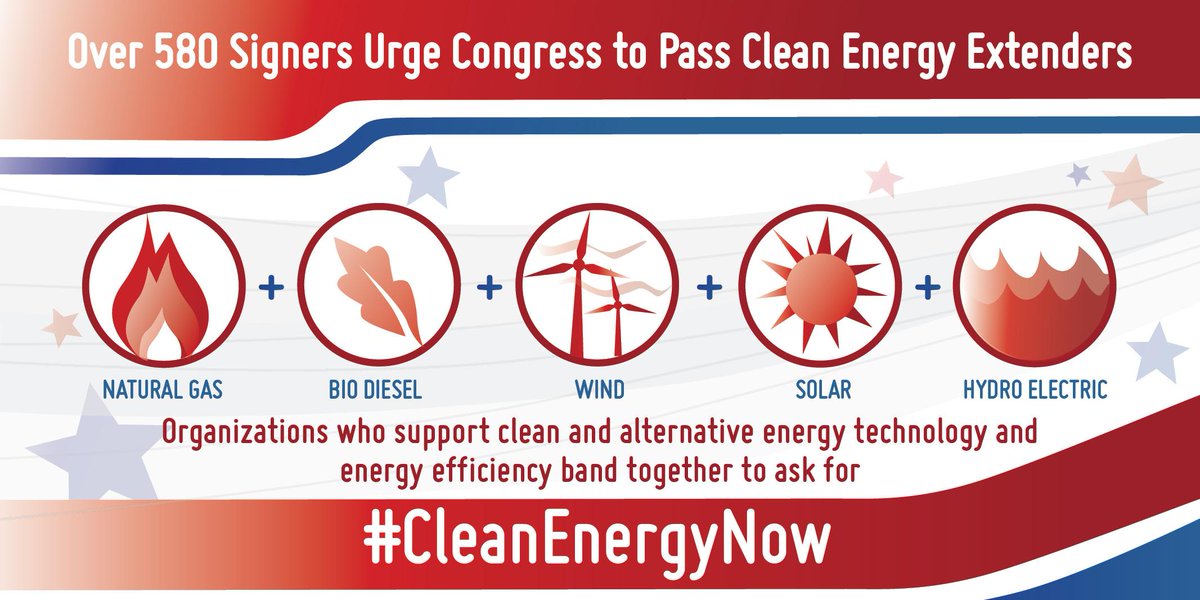