Alstom continues spurring the job market in the Pays de la Loire Region, especially in the Saint Nazaire area. The Group is currently hiring people in the area, mostly operators, to work in the offshore wind turbine plant which was inaugurated in December 2014. Launched in the summer, the campaign will stretch until December 2015. In particular, it aims at executing the contract awarded to Alstom for the delivery of five Haliade™ 150-6MW units to the United States’ first offshore wind farm in Block Island as well as the Haliade that will be installed in Osterild (Denmark) for EDF EN. 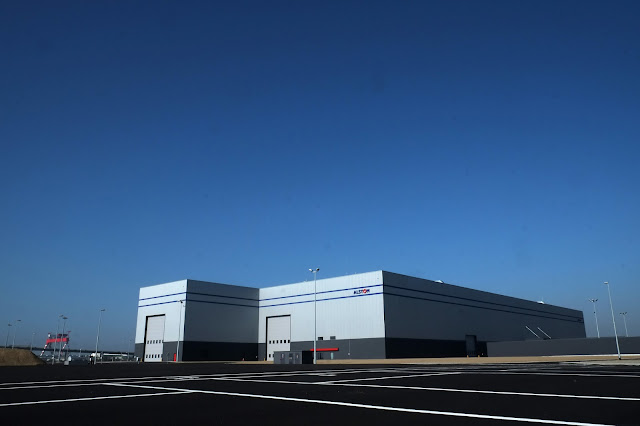 The plant has 73 operator positions to fill, as well as 6 quality inspector, 3 Team Leader and 3 technician positions. “The operators will have a crucial role to play in seeing the projects through, for the assembly line since the Haliade™ 150-6MW wind turbines will be resting upon their shoulders,” explains Pascal Girault, the Director of the Saint-Nazaire industrial plant.“ As for the Quality Inspectors and Team Leaders, they will ensure product quality and team cohesion.”

By December 2015, Alstom’s Saint-Nazaire plant will have a workforce of about 140, including 110 operators. “Through this campaign, Alstom is proud to be upholding the commitment the company made two years ago to create a business channel in France for renewable marine energy and to play a part in creating jobs in the Pays de la Loire Region,” stated Jérôme Pécresse, President of Alstom’s Renewable Power Sector. In 2012, the Group committed to creating 1,000 jobs in France. As a responsible employer, Alstom already employs in the area more than 200 people in the Renewable Marine Energy sector, including 155 in offshore wind power[1].

To date, Alstom has been awarded three contracts in the field of offshore wind power: a first contract signed in April 2012 for the delivery of 238 Haliade 150 units to EDF Energies Nouvelles, intended for the windfarms in Fécamp, Saint-Nazaire and Courseulles-sur-Mer starting in 2017.

In 2014, Alstom secured the Deepwater Wind Block Island project in the United States. Lastly, during the summer of 2015, Alstom signed an agreement with its Belgian partner DEME to deliver and install 66 Alstom offshore Haliade offshore wind turbines intended for the Merkur Offshore windfarm, as well as a long-term maintenance contract.

[1] 45 people are involved in the field of tidal power, working out of the Alstom Engineering Centre in Nantes.