As part of its drive to achieve an ideal mix of sources of energy, the State government is taking steps for augmenting the wind power generation by 800 by March 2016 from the existing installed capacity of 1,000 Megawatts (MW) spread across Anantapur, Kadapa and some parts of Chittoor district. These three districts are found to be conducive for wind power generation while the potential for it in other areas is being explored, according to official sources. 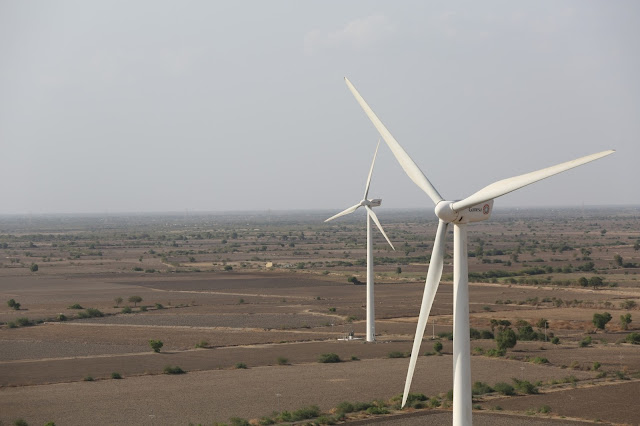 The ultimate target of the government is to have 4,150 MW of wind generation capacity in the next five years and 5,030 MW of solar energy during the same period.

Due priority is given to wind power generation but not all areas perceived to have consistent wind speed are actually suitable because that is not the only thing that has to be factored in.

Selection of the potential sites depends on the types of terrain where the massive turbines are sought to be erected and presence of other infrastructure like transmission lines and airports in their vicinity. Besides, the identified sites have to be at higher elevations.

A senior official of State Energy Conservation Mission told The Hindu that of the existing installed capacity of 1,000 MW only about 250 MW is being generated as on Saturday due to variations in the wind speed. As of now, Anantapur and Kadapa districts and a few pockets in Chittoor were identified as ideal locations. The entire generation is coming from those districts.

The government might think about developing suitable sites in other areas but not in the immediate future, he observed. The concept of ideal energy mix was intended to reduce the dependence mainly on coal and substitute it with solar and wind power.