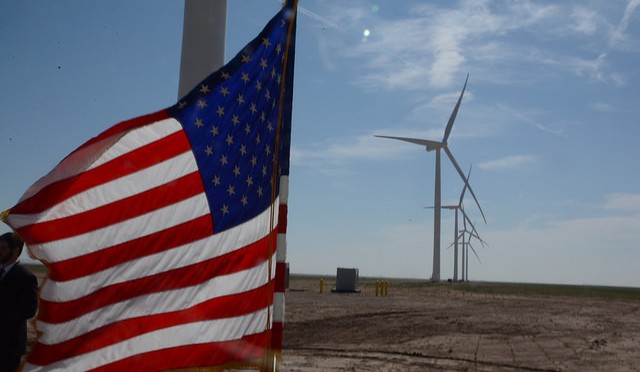 “The completion of the Thunder Spirit wind farm marks another important milestone in North Dakota’s ‘all of the above’ energy production journey,” Wrigley said in a statement.

Using data provided by the American Wind Energy Association, the state government said it’s the national leader in wind energy, with wind power accounting for more than 17 percent of the electricity generated in the state last year.

The state offers property tax relief to encourage the development of wind power.

The U.S. Energy Information Administration found North Dakota has “abundant” wind energy resources available, ranking sixth in the nation in terms of wind energy potential. More than 75 percent of its net electricity is generated from coal.

Sparsely-populated North Dakota ranks near the bottom in terms of total energy consumption on the United States, though per capita consumption is among the highest because of an energy-intensive industrial sector.

Apart from renewables, North Dakota is the No. 2 oil producer in the nation and at times has been at odds with President Barack Obama’s so-called “all of the above” energy policy, which emphasizes a diverse mix of renewable and oil and gas resources.

Dalrymple, however, has touted diversity as among the main reasons his state is among the national leaders in terms of economic growth.