In its continuing bid to boost green energy development, China has poured investment into a major wind corridor in North China near Beijing. And as Ning Hong reports, more is on the way to unleash its full potential. 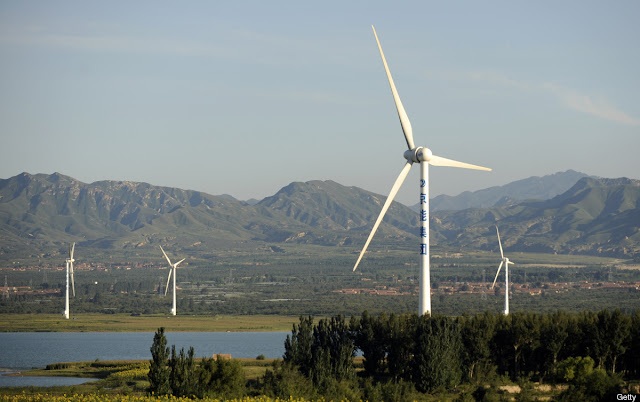 Gusts from Inner Mongolia blow across Zhangjiakou throughout the year, making it the top wind power base in China. But after a period of fast expansion, the industry is now in need of a second wind.

“Since 2008, there have been more limits on wind power output for power stations. For instance, for a two hundred kilowatt wind power station, the output is only fifty kilowatts, that means only a quarter of the power generated can be used,” said Zhang Hua, Plant manager of Manjing Wind Power Station.

This is an ideal place to harvest wind power. And at the turn of the millennium, there was a rush to build wind power stations. However, it hit a bottle-neck with basic infrastructure and power grid construction unable to keep pace. That’s what people are now trying to change.

Bigger and better wind turbines were introduced to increase efficiency and reduce maintenance costs at power stations. And the State Grid has plans to build three more power substations and four transmission lines to get the power flowing again.

“We now have three wind power stations here. If you take our largest one, for example, it will double output when it is running at full capacity,” Zhang said.

And according to documents released by Zhangjiakou officials, over 50 more wind development projects are in the works, that could bring the total capacity to over four thousand megawatts.