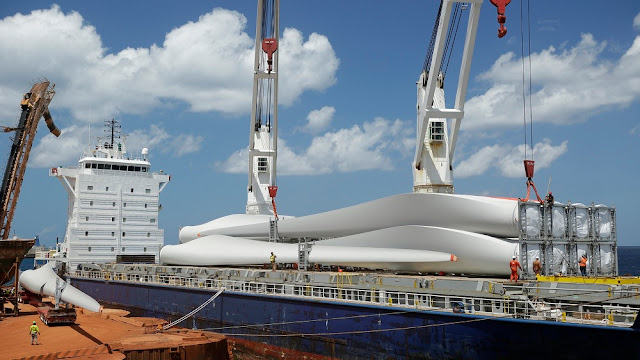 The wind farm features 15 Vestas 84-meter high V112 wind turbines which can generate 3.3 MW each, for a total 50 megawatts.

The wind turbines´ components are arriving at Cabo Rojo Port from where they’ll be transported and installed at Enriquillo.

The new wind power plant is expected to start operations in early 2016, which will double Dominican Republic´s wind generation.

EGE Haina said the nacelles, or the housing which holds the main components are already in the country.

After the Los Cocos-Quivio Cabrera wind farm in nearby Juancho, Larimar will be the country´s second major wind farm.