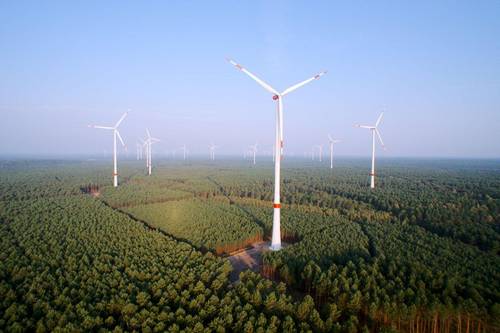 This means that in terms of installed wind turbines the manufacturer is again in the double-digit range in its home market for the first time since 2001 (just under 12 percent in the year as a whole). 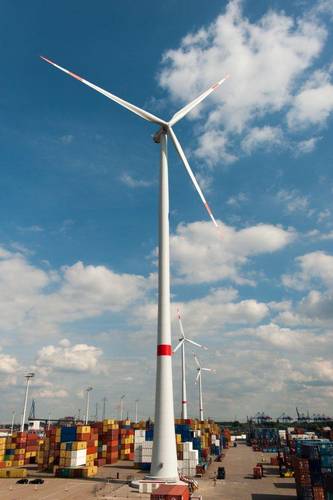 While in general the sector is rather quiet when it comes to installations compared to 2014, the Hamburg manufacturer has maintained last year’s level in absolute terms. According to the German Machinery and Plant Manufacturing Association (VDMA), the total wind energy capacity installed overall in Germany in the first half of 2015 stands at nearly 1,200 megawatts (443 wind turbine generators). Of this 140 megawatts are accounted for by Nordex turbines.

With a nominal output of 2.4 megawatts, most of the turbines fall below the average of just under 2.7 megawatts calculated by the VDMA. Nordex has therefore achieved its large share of 11.8 percent thanks to the number and spread of installed turbines. In total the manufacturer installed 57 turbines in Germany in the first half of the year. According to the number of the totally installed turbines Nordex therefore achieved a share of 12.9 percent.

With 51 wind turbines, the N117/2400, the low-wind machine from the Gamma series, is still the absolute top seller in the Nordex product portfolio. One of the largest orders to be implemented is a large-scale product in Chransdorf, Brandenburg, an IEC-3 site where Nordex setup 20 Gamma turbines until end of June. To complete the wind farm, Nordex will install four more N117/2400 on this site.

Nordex celebrated yet premier in Janneby, Schleswig-Holstein, where the company installed the first N131/3000, the follow-up model to the N117/2400 from its Delta series. The results of measuring tests show that the noise level of the N131/300 is sometimes even lower than projected.

Installations in the first half of the year account for a little less than one third of the volume planned by Nordex for the year as a whole.