SunEdison, Inc. (NYSE:SUNE), the world’s largest renewable energy development company, today announced that it has secured financing and started construction on the 110-megawatt (MW) DC Quilapilun solar power plant in the Metropolitan Region of Chile. Once completed, the power plant will be SunEdison’s first solar project in Santiago and is expected to be its largest solar project in Latin America. 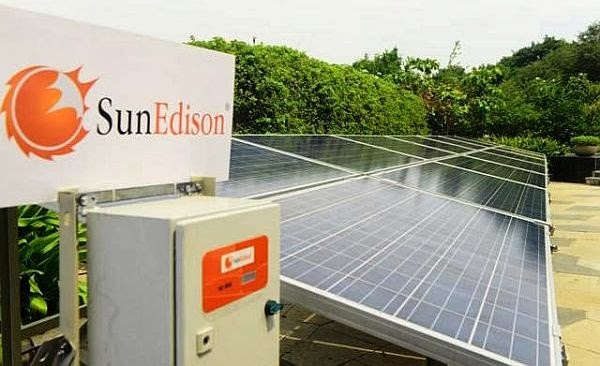 The energy produced by the solar plant is expected to be sold to the regulated market through long-term power purchase agreements with local electricity suppliers. The energy will supply the Sistema Interconectado Central (SIC) as part of the 570 gigawatt hour (GWh) contract awarded to SunEdison by the Chilean National Energy Commission in December, 2014.

“This project is our first solar plant in the Metropolitan Region, and further advances our position as a renewable energy leader in Chile,” stated Carlos Barrera, SunEdison vice president for Latin America. “Solar energy has become cost competitive with other energy generation sources in the country. With solar, we are able to supply regulated market consumers with clean energy at lower prices than they pay now.”

Concurrently, SunEdison closed a $160 million USD long-term, non-recourse debt financing arrangement for the project with CorpBanca, one of the largest commercial banks in Chile, and DNB, Norway’s largest financial services group. The financing will be used to fund the development, construction, and operation of the project.

Barrera added, “SunEdison is pleased to have the support of two top financial institutions, CorpBanca and DNB, on this project. Our strong relationships with institutions like these will help us deliver cost effective solar energy as we grow the industry in Chile.”

CorpBanca and DNB acted as mandated lead arrangers, underwriters and hedge providers of the project financing. CorpBanca, who is the administrative and onshore collateral agent, will also provide a Chilean Peso VAT facility.

“CorpBanca is highly interested in supporting SunEdison, one of the most dynamic renewable energy companies in Chile,” said Rodrigo Oyarzo, CorpBanca head of Corporate Banking. “For more than two years CorpBanca has been leading the Chilean banking industry, providing financial services and innovative financing structures in the energy sector.”

“DNB is proud to finance SunEdison’s growth plan in Latin America,” commented Emilio Fabbrizzi, DNB head of Project Finance Latin America. “We were able to offer competitive financing terms thanks to the bankable power purchase agreement SunEdison has in place.”

The Quilapilun solar plant is expected to generate 242 GWh of electricity a year, enough to power 117,000 homes, and should eliminate the emission of more than 125,000 tons of carbon dioxide per year, the equivalent of removing 28,000 cars from Chilean roads.

SunEdison previously committed the Quilapilun project to the Call Right Project List for TerraForm Power, Inc. (Nasdaq: TERP), an owner and operator of clean energy power plants. TerraForm Power intends to acquire the power plant once it is operational. Interconnection of the 110-MW solar plant is scheduled for the first quarter of 2016.

Once construction is complete, operation and maintenance of the power plant will be performed by SunEdison Services, which provides global 24/7 asset management, monitoring and reporting services.

TerraForm Power is a renewable energy leader that is changing how energy is generated, distributed and owned. TerraForm Power creates value for its investors by owning and operating clean energy power plants.

CorpBanca is Chile’s oldest operating private bank founded in 1871. Based in Chile, CorpBanca also participates in Colombia and Panama. It also has a branch in New York and a representative office in Madrid. Its total consolidated assets are US$33 billion approximately and the equity totaled US$3.3 billion. Focused on wholesale banking and individuals, CorpBanca offers universal bank products. Its remarkable performance in the past 18 years has allowed consolidating CorpBanca as the fourth largest private bank in Chile. In 2012 CorpBanca started the process of regionalization with the acquisition of two banks in Colombia, becoming the first Chilean bank to have banking subsidiaries abroad.

DNB is Norway’s largest financial services group and one of the largest in the Nordic region. It employs over 11,000 people and has offices in New York, Houston, Santiago and Rio de Janeiro. DNB has deep knowledge in the energy sector and in power and renewables in Latin America; through its Santiago office DNB has financed over 2.4GW installed capacity in Chile, Peru, Panama and Uruguay.