Enel Green Power has begun construction of Los Buenos Aires, its first wind farm in the Chilean region of Bio-Bio. 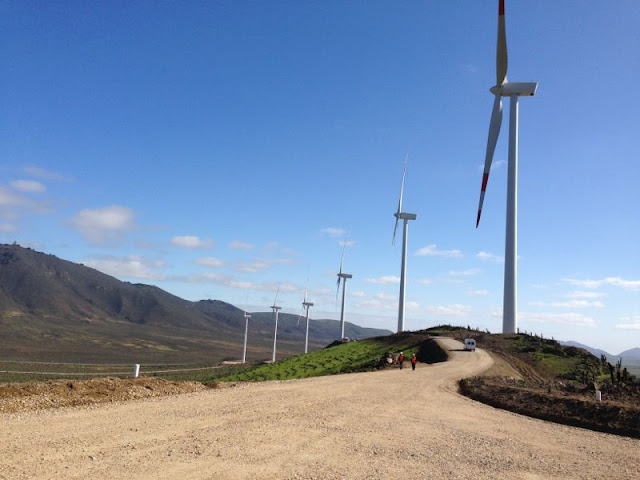 The facility, owned by Enel Green Power Chile Ltda, will have a total installed capacity of 24 MW. Once fully up and running, the new plant will be able to generate over 86 GWh a year – equivalent to the annual consumption needs of approximately 40,000 Chilean households – while avoiding the emission of more than 41,000 tonnes of CO2 into the atmosphere each year.

The project is supported by a long-term power purchase agreement (PPA) with Empresa Nacional de Electricidad SA (Endesa Chile). EGP will be investing a total of approximately 55 million US dollars in the construction of the facility, in line with the growth targets set out in the company’s current business plan. The project will be financed through Enel Green Power Group’s own resources.

Los Buenos Aires will be built in the municipality of Los Angeles, which is 500 km south of Santiago. The energy generated by the wind farm will be delivered to Chile’s Central Region Transmission Network, SIC (Sistema Interconectado Central).

In Chile, Enel Green Power currently operates a portfolio of plants that have a combined installed capacity of around 600 MW, of which 340 MW is from wind power, 154 MW from photovoltaic and 92 MW from hydropower. In addition, EGP currently has projects in execution for close to 600 MW which will bring the company’s total installed capacity in Chile to approximately 1,200 MW. The Group is also active in the geothermal sector, where it is exploring a number of concessions that have a potential installed capacity of over 100 MW.
Enel Green Power is the Enel Group company fully dedicated to the international development and management of renewable energy sources, with operations in Europe, the Americas and Africa. With a generation capacity equal to approximately 32 billion kWh in 2014 from water, sun, wind and the Earth’s heat – enough to meet the energy needs of more than 11 million households – Enel Green Power is a world leader in the sector thanks to its well-balanced generation mix that provides generation volumes well over the sector average. As of today, the company has an installed capacity of more than 9,800 MW from a mix of sources including wind, solar, hydropower, geothermal and biomass. The company has about 740 plants operating in 15 countries.