SunEdison, Inc. (NYSE: SUNE) has placed a firm and unconditional order in the United States for 83 V117-3.3 MW wind turbines to supply a wind power plant in Texas. 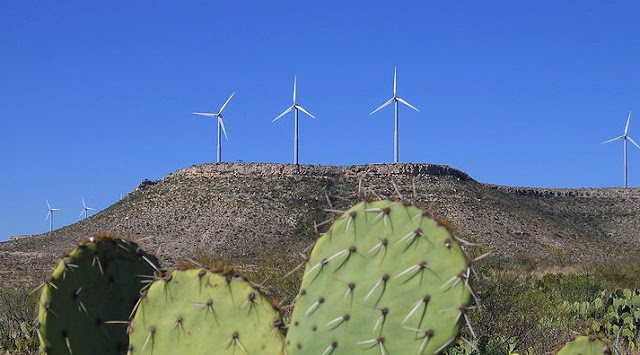 The total capacity of the project, including equipment previously purchased from Vestas, will be 300 MW.  When complete, this installation will be the largest V117-3.3 MW project in the world.  The project’s scope includes supply and commissioning of the wind turbines as well as a 10-year Active Output Management (AOM) 5000 service agreement designed to maximize energy production.  Installation and commissioning of the turbines is expected in 2016.

This order is a call-off from the Master Supply Agreement announced between Vestas and SunEdison in December 2014 (company announcement No. 48/2014) for multiple U.S. projects, the potential of which totals approximately 600 MW.  With today’s order, Vestas has announced contracts against that agreement representing 334 MW.

To date, Vestas has secured more than 9 GW of orders for the 3 MW turbine platform globally.

“We’re pleased to move forward with this project and to further our relationship with Vestas,” said Paul Gaynor, SunEdison’s Executive Vice President for Europe, Americas and MENA.  “We look forward to installing Vestas’ V117-3.3 MW turbines in Texas.  The Vestas turbines we have at other projects around the country have performed well and we expect this project to enjoy similar success.”

“Our 3 MW turbine platform is proving its versatility across a variety of North American wind regimes, and we are starting to see much broader deployment across the wind belt,” says Chris Brown, President of Vestas’ sales and service division in the United States and Canada. “This project will be its first deployment in the important Texas market, where the combination of a robust design, outstanding grid support, and a large rotor make this turbine the best choice to minimize the cost of energy throughout the life of the project.  We’re very happy to add this latest agreement to our growing strategic relationship with SunEdison.”