EDF Renewable Energy (EDF RE) today announced the acquisition of the up to 200 megawatt (MW) Salt Fork Wind Project from Cielo Wind Power LP (Cielo). Today’s achievement comes as a result of 18 months of close collaboration between the two companies to bring about the close of the acquisition transaction and the Power Purchase Agreement (PPA) with Garland Power & Light (GP&L). 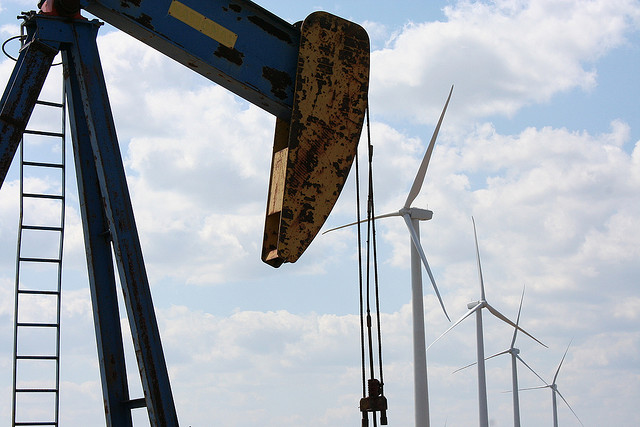 The clean electricity and renewable energy credits (RECs) generated by 150 MW of the Salt Fork Wind Project will be provided to Garland Power & Light under a long-term Power Purchase Agreement. This agreement follows the PPA the municipal utility signed in early 2014 for a portion of the electricity generated by EDF RE’s Spinning Spur 3 Wind Project.

“We are pleased to expand our relationship with Garland Power & Light to include the Salt Fork Wind Project, building upon the Spinning Spur 3 Wind Project, which is presently under construction and expected to be completed later this year,” commented Ryan Pfaff, Executive Vice President at EDF Renewable Energy. ”The diligent collaboration between Cielo and EDF Renewable Energy demonstrates the value of long-term relationships; Salt Fork represents the third wind project we have successfully acquired from Cielo in late-stage development.”

“Our investment in wind helps to diversify GP&L’s energy portfolio while mitigating risk of volatile fuel prices. With this agreement, we will add another clean resource to the power supply mix that will benefit our customers for years to come,” said Jeff Janke, General Manager of Garland Power & Light. “We are pleased to once again do business with EDF Renewable Energy.”

Since first entering the Texas market in late 2011, EDF Renewable Energy has commissioned 872 MW of wind energy capacity. The Salt Fork acquisition increases the Texas portfolio to 1.2 GW operating, under construction or in development.

Cielo Wind Services, Inc. (Cielo), a Texas corporation which is wholly owned by Cielo Wind Power, LP. Cielo Wind Power, LP is a private closely-held company based in Austin, Texas, whose sole business is the development and operation of wind power facilities. Cielo is the largest independently-owned wind company in the U.S. Cielo has developed 1,751MW of projects in New Mexico and Texas over the past 11 years. “Wind Ranch” is a registered trademark of Cielo Wind Power, LLC.

Since 1923, the City of Garland has been providing electric service to its citizens through Garland Power & Light (GP&L), its locally owned and controlled not-for-profit municipal utility. With more than 69,000 customers, GP&L is the fourth largest municipal utility in Texas and the 41st largest in the nation. GP&L is recognized nationally as a Reliable Public Power Provider (RP3®) and as a Tree Line USA Utility.