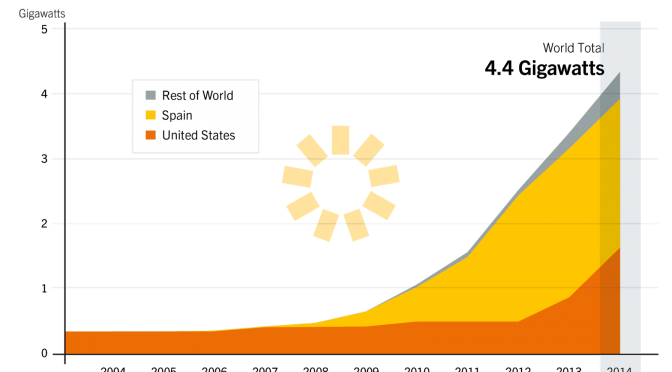 The Concentrated Solar Power (CSP) market remains less established than most other renewable energy markets.
Nonetheless, the sector continued its near-decade of strong growth with total capacity increasing 27% to 4.4 GW. 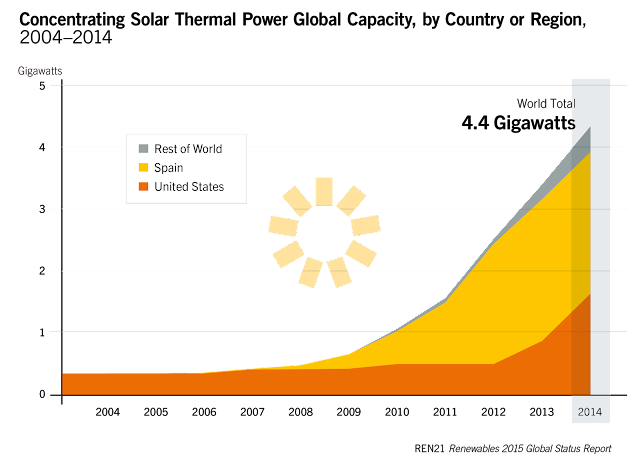 Although parabolic trough plants continued to represent the bulk of existing capacity, 2014 was notable for the diversification of technologies in operation, with the world’s largest linear Fresnel and tower plants coming on line.
Only the United States and India added CSP facilities to their grids in 2014. However, CSP activity continued in most regions, with South Africa and Morocco the most active markets in terms of construction and planning. Spain remained the global leader in existing capacity.
Stagnation of the Spanish market and an expected deceleration of the US market after a bumper year fuelled further industry consolidation.
However, costs are declining, particularly in the global sunbelt, a large variety of technologies are under development, and thermal energy storage (TES) is becoming increasingly important and remains the focus of extensive research and development (R&D).
In 2014 the sector continued nearly a decade of strong growth. During the course of the year, four new projects totalling over 0.9 GW increased total global capacity by 27% to nearly 4.4 GW.
In the five years from end-2009 to end-2014, global operating capacity rose by an annual average of 46%. The United States was the global market leader for the second consecutive year, with India the only other country to bring new capacity into commercial operation during 2014.
South Africa continued to emerge as a major market, with further development and interest in CSP in other new markets with high direct normal irradiance (DNI). Although parabolic trough plants represent the bulk of existing capacity, 2014 was a notable year in terms of the diversification of the CSP technology landscape. Capacities of newly deployed parabolic trough and tower plants drew closer, with 46% of added capacity based on parabolic trough technology, and 41% based on tower technology. The increase in tower capacity was due to commissioning in the United States of the Ivanpah plant, the largest CSP plant in the world. The world’s largest linear Fresnel plant (125 MW), equivalent to 13% of global added capacity, came on line in India, further diversifying the mix of added technologies. By early 2015, parabolic trough plants accounted for just over half of the capacity under construction, while towers/central receivers represented approximately 40%. 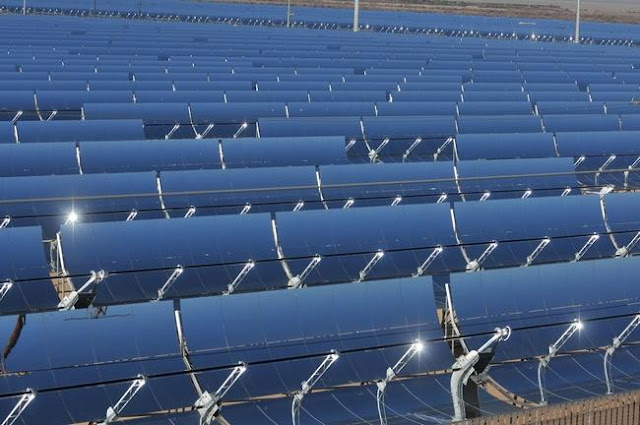