EDR Renewables (Euronext: EDPR), the world’s fourth wind energy producer, has opened a new wind farm in France. The Truc de l’Homme wind farm has an installed capacity of 11.67 MW and is located in the towns of Fau de Peyre and La Fage Montivernoux, in Lozère, Languedoc-Roussillon. The wind farm’s annual output is enough to provide power for some 12,500 people, excluding heating. 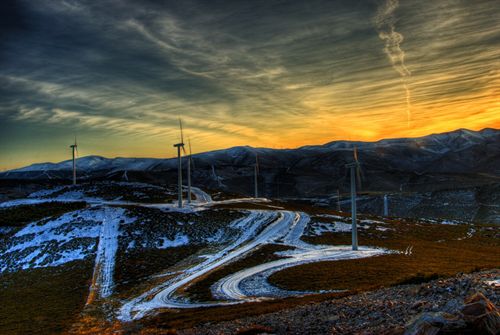 The inauguration was attended by Frédéric Lanoë, Managing Director of EDP Renewables for France and Belgium and President of France Energie Eolienne, an association of wind energy professionals, Daniel Mantrand, Mayor of Fau de Peyre, and Pierre Noal, Mayor of La Fage Montivernoux.

The Truc de l’Homme wind farm has met EDPR’s expectations since becoming operational, which guarantees optimal operating conditions for the region.
EDPR has been operating in France since 2001 and its total capacity in the country stands at 340 MW, generated by almost 200 wind turbines. The projects in the south of France are managed from the offices at Millau (Aveyron) and the head office of the subsidiary is located in Paris. This places it among the five largest players in the French wind power sector by onshore installed capacity.

Frédéric Lanoë stated: “This project is an example of the dynamism of Lozère and marks the start of the road towards the 21st Conference of the Parties on the United Nations Framework Convention on Climate Change 2015 (COP21) being held in Paris in a few months’ time, which will be of vital importance for our planet. Unfortunately, the last thirteen years reflect the obstacles which have hindered the modernisation of our country and which should encourage the government to develop wind energy projects in France pursuant to the draft Energy Transition Bill in France”.