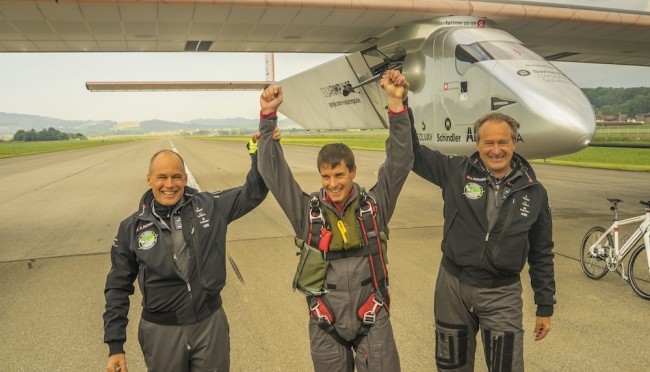 The Solar Impulse 2 plane took off early on Sunday for a six day and night journey over the Pacific Ocean, on the most ambitious leg of its quest to circumnavigate the globe. Needless to mention that the plane is powered by the Sun only. 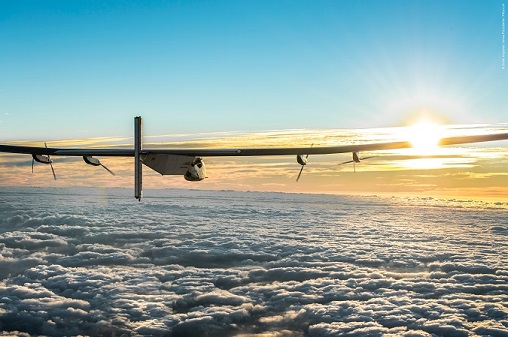 The revolutionary plane flown by Andre Borschberg, left the ground early on Sunday in Nanjing, in eastern China, towards Hawaii – a US island. It started around 2:40am, after being delayed awaiting a suitable weather.

Mr. Borschberg and his Swiss colleague Bertrand Piccard have been taking turns at the controls because only person can fly the plane at a time. Mr. Piccard mentioned about the importance of the endurance-testing flight, he said the plane emphasises on the extra ordinary power of solar energy.

“I would like to demonstrate that we can do incredible things with clean technologies and renewable energies,” he said. “Very often people don’t understand the extreme potential of energy saving technologies. This is what we want to show with Solar Impulse.”

While the white lights on its wings kept its visibility intact, the plane climbed into a misty sky with its four whirling propellers without making much noise. Meanwhile, the ground crew members celebrated as it took off.

Organisers believe the 8,500kms flight could set a record for duration by a single pilot.

“I cross my fingers and I hope to cross the Pacific,” Mr. Borschberg told the media before taking-off. “We have a good weather window, which means we have a stable corridor to reach Hawaii,” he added.

The flight that took off on Sunday is the seventh and longest section of this one of a kind solar-powered global tour, which is already well appreciated promoting green energy. The journey began in Abu Dhabi in March this year and is scheduled for 12 legs, with a total flight time of approximately 25 days.