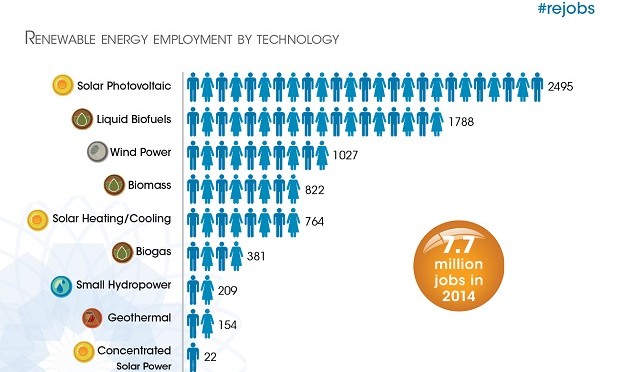 More than 7.7 million people worldwide are now employed by the renewable energy industry, according to a new report released today by the International Renewable Energy Agency (IRENA). This is an 18 per cent increase from last year’s figure of 6.5 million. The report, Renewable Energy and Jobs – Annual Review 2015, also provides a first-ever global estimate of the number of jobs supported by large hydropower, with a conservative estimate of an additional 1.5 million direct jobs worldwide. 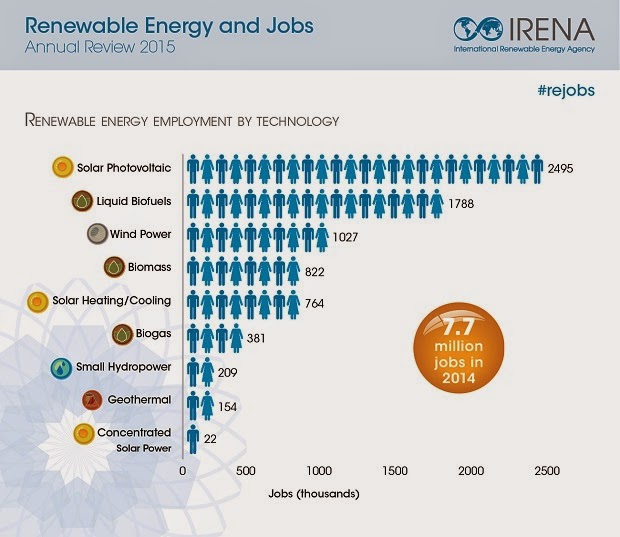 As in previous years, renewable energy employment is shaped by regional shifts, industry realignments, growing competition and advances in technologies and manufacturing processes. Jobs in the renewable energy sector are increasingly being created in Asia, with five of the 10 countries with the most renewable energy jobs now located in the region (China, India, Indonesia, Japan, and Bangladesh). As a result, even with continued jobs growth, the European Union and the United States now represent 25 per cent of global renewable energy jobs, compared to 31 per cent in 2012. 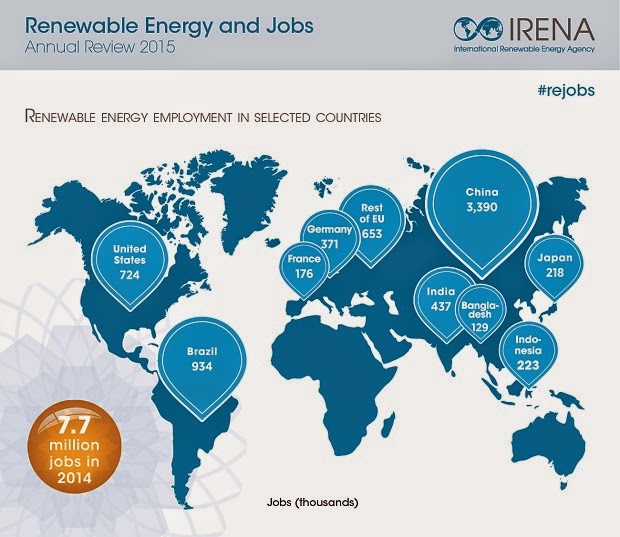