Managing director of NamPower, Paulinus Shilamba said the plant by Innosun Energy Holdings is the first independent power producer (IPP) to set up a photovoltaic power plant in Namibia. Innosun was formed in 2008, with Black Diamond Investment as a local shareholder. 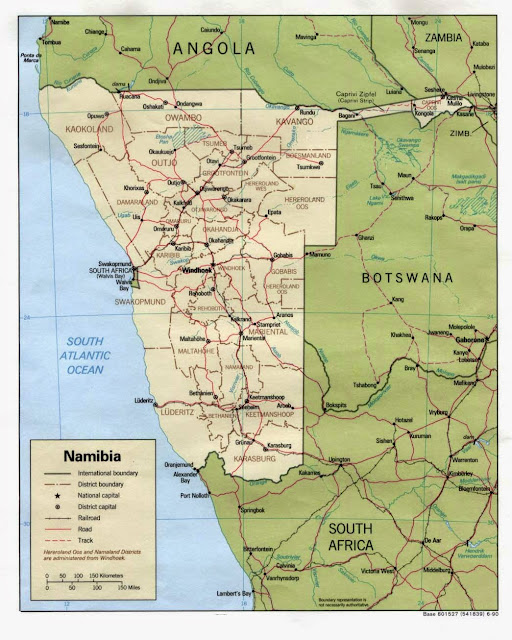 “The 4,5 MW solar power plant is a clear testimony of the fact that IPPs can work in Namibia and NamPower is more than willing to support and enter into power purchase agreements with IPPs,” he said.

The power from the plant will be sold to Nampower under an agreement to last 25 years.

“Even on a small scale, the 4,5 MW Omburu Solar Pv plant will relieve the pressure from the national electricity grid,” he said.

Founding President Sam Nujoma, who officiated at the event, said the plant will translate in enhanced foreign direct investment benefits for Omaruru and the country at large.

Jacqueline Bassa-Mazzoni, ambassador of France in Namibia said Omburu Solar Plant is a first step of several other projects in the pipeline including solar plants and wind farms.

“My wish is that all the projects could be implemented; therefore allowing me to attend many more groundbreaking ceremonies and events of this kind; but more seriously, the goal is to provide energy all around the country, meeting two top priorities of the government’s agenda, the fight against poverty, in the framework of the ‘blue economy’ programme, and developing industrialisation,” she said.

Bassa-Mazzoni said Namibia is a blessed country, abundant with sun and wind resources.

“We all agree energy is also one of the keystones to solving the challenge of industrialisation, and achieving sustainable economic development. By promoting renewable energies Innosun not only provides jobs, since this sector is an important generator for employment, but know-how transfers. In addition, Namibia will be able to increase state budgetary revenues through the exportation of surplus production,” she said.

The solar panels in Omburu are installed on a single axis horizontal tracking system, which follows the sun from east to west.

Sunlight is converted into electricity when reaching the solar panel. Decentralised inverters convert direct currents produced by the solar panels into 400V alternative currents, which is more useful for the national grid. The 400 V power is step- up to 22 000 V through four transformers located in the solar power plant. The electricity generated by Omburu is then transported through a powerline 1,2km long and injected into the Omburu transmission substation where it is sold to NamPower.