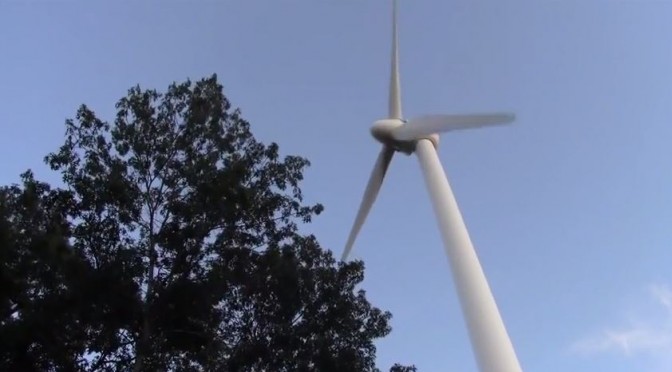 When I first decided to take part in Iberdrola Renewables’ “Why is wind energy important?” contest, I looked at it as just another video contest. I do video contests often, and I figured the concept that Iberdrola asked filmmakers to address was one that I could make a fairly decent video out of. That was what made up my entire decision to initially start the project. I knew nothing about wind energy, was pretty fuzzy on what Iberdrola stood for as a company, and still had not even formed my own opinion on wind energy. I went in blind, and came out with an entirely new perspective.

As I began doing research into wind energy, I got more and more into it. Before I knew it, I had been researching for a few hours without even realizing it. There came a point where I stopped writing down information for the video and instead was just searching around the internet on my own time, as I got more and more curious about what wind energy was and why it was not used as much as I felt it should be.

At this point I started driving around Rhode Island looking for any places I could possibly get shots for the video. I didn’t expect to find much, and figured I’d mostly be relying on random clips of trees or animals to kind of take up space in the video. But what I was shocked to find was that there were a good deal of wind turbines scattered throughout the state, I had just never really noticed them before. There was even one in the town over from mine that I had never known about, and I was able to go right up to the base of it and get a feel for how huge it was. Little did I know that a good deal of power supplying the town came from this single turbine, and I had been totally unaware of its existence and its importance up until that point.

Iberdrola’s contest had by now changed in my mind. Instead of looking at it as another opportunity to make a few bucks, this video had quickly become my passion project. I knew I had no idea what wind energy was about going into the contest, and there were undoubtedly many more people just like me out there. I worked hard to make sure I found the most relevant information possible for the video, hoping to make people who were uneducated on the matter more aware of wind energy and its benefits. Here’s what I submitted:

Hopefully someone can take something away from my video, but even if they don’t, I know continuing efforts at Iberdrola can keep the public much more informed about wind energy than I ever could.