Vestas has received an order for 45 of its V117-3.3 MW turbine for the Tres Mesas wind energy projects in the northeastern state of Tamaulipas, Mexico. 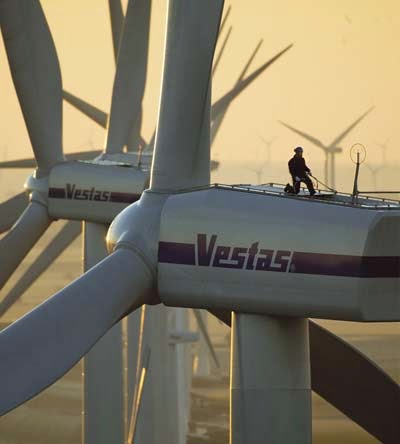 With reference to Vestas Wind Systems A/S’ company announcement No. 21/2015 of 8 May 2015, Vestas has received a firm and unconditional order in Mexico. The 148.5 MW order has been placed by the Special Purchase Vehicles Eólica Tres Mesas and Eólica Tres Mesas 2. This wind energy project was developed and will be operated by Oak Creek Energy Systems Inc., a U.S.-based pioneering developer of utility scale wind energy projects.

The contract comprises supply, installation and commissioning of the wind turbines as well as a 10-year full-scope Vestas Active Output Management (AOM 5000) service agreement. Wind turbine delivery is expected during the first quarter of 2016.

The projects are financed through loan agreements with Overseas Private Investment Corporation (OPIC), the U.S. Government’s Development Finance Institution, and North American Development Bank (NADB). Furthermore, two companies – Sigma Alimentos, which is a subsidiary of ALFA, and Walmart de México – have committed to purchase the power generated by the Tres Mesas wind farm.

Vestas installed the Tamaulipas state’s first wind farm (El Porvenir, 54 MW) in 2013. Tres Mesas will be one of the largest renewable energy projects in the country and the largest wind farm in Tamaulipas. The region offers good wind resources and transmission line availability.

The V117-3.3 MW wind turbine is a variant of Vestas’ 3 MW platform aimed at significantly improving energy production on medium wind-sites. The Tres Mesas wind power plant has an estimated annual production of 520,000 MWh, corresponding to an annual emission saving of approximately 237,000 tons of CO2 in Mexico.

The Mexican government has taken a number of initiatives to liberalise the electricity market and aims to generate at least 35 percent of its power consumption from clean technologies by 2024. “With the completion of the Tres Mesas project, Mexico will have taken another step in promoting renewable energy and reducing greenhouse gas emissions in the country”, says Marco Graziano, President of Vestas Mediterranean: “We are pleased to contribute with our wind technologies and expertise to help our partners carry out this ambitious project”.

Vestas installed its first wind power plant in Mexico in 1994. In June 2010, Vestas opened its regional headquarters in Mexico City from which over 70 wind energy professionals support sales, construction and service. Vestas has installed 406 MW in Mexico.