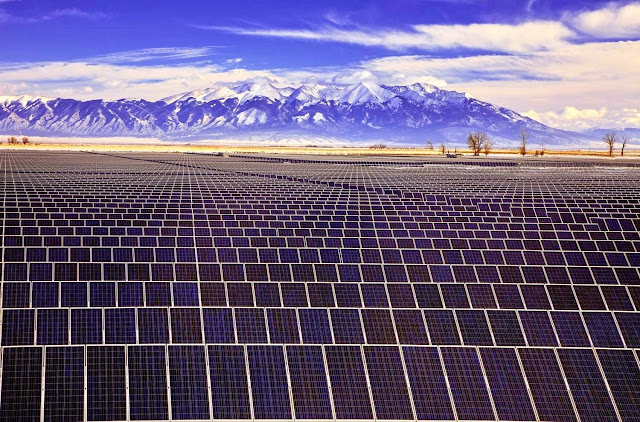 Through these combined transactions, SunEdison will secure 757 MW of operating projects and 1,918 MW of ROFO projects, of which 534 MW are operating ROFO projects enhancing visibility into acquisition opportunities in emerging markets.

In addition to the projects represented in the table above, the LAP transaction also benefits the SunEdison development division by securing 204 MW of backlog projects with dollar denominated power purchase agreements (PPAs) and 659 MW of development pipeline projects in Peru and Chile to further strengthen its organic development business.

“As we described in our Capital Markets Day in February, SunEdison intends to act quickly to address the opportunity in emerging markets, where the majority of future global electric power infrastructure investments will be deployed,” said Ahmad Chatila, CEO of SunEdison. “In aggregate, these seven transactions bolster our emerging markets platform. These acquisitions are the result of an extensive global search for the best development partners in each of our target markets – partners with operating fleets of high quality power plants with long-term contracts with creditworthy counterparties.  Our announcement today is the first stage in our plan to move rapidly to capitalize on the opportunity to provide clean, renewable, cost-efficient power to the fast-growing emerging markets.”

In connection with the referenced acquisitions, SunEdison announced today that Blackstone Group, Everstream Opportunities Fund II and Altai Capital Management have made an investment of $175 million in a SunEdison subsidiary.   SunEdison also announced that it has secured a $362 million non-recourse acquisition facility (the “Acquisition Bridge Facility”) for the emerging market initiatives with JPMorgan Chase Bank, Barclays, Citi and Morgan Stanley.  Proceeds of the Acquisition Bridge are available for the funding of third party acquisitions of operating renewable energy projects. The remainder of the funds required in connection with the acquisitions will be raised through capital markets transactions.

The power plants to be acquired through these transactions have high-quality counterparties including sovereign governments and large utilities, and have a weighted average remaining contract life of 17 years.

These transactions are expected to close in either the second or third quarter of 2015, subject to regulatory approvals, third-party consents and customary closing conditions.

Building on a long-standing strategic relationship, SunEdison has signed a definitive agreement to acquire 336 MW of operating wind and hydropower assets from Renova Energia, the largest renewable energy company in Brazil.  The definitive agreement also provides SunEdison with a ROFO for 1,870 MW of renewable energy projects, of which 534 MW are operating projects and the remainder are contracted backlog projects, as well as a ROFO for future pipeline projects developed by Renova.  In addition, SunEdison has signed a Letter of Intent to buy a 16% stake in Renova that also includes the ability to transition the ROFO projects to call right projects for SunEdison with pre-determined prices.

The operating assets have long-term PPAs with investment grade off-takers.  The Renova asset acquisition also marks the entry of SunEdison into the Brazilian hydropower market.

SunEdison has signed a definitive agreement to acquire two Chinese wind development and operations and maintenance companies from Honiton Energy Holding, Ltd., that own 150 MW of operating utility-scale wind power plants in China.  The acquisition marks SunEdison’s entry into the Chinese wind market and includes 50 employees who will join SunEdison, providing local expertise in the wind power market.

SunEdison will acquire three wind farms of 50 MW each, located in Inner Mongolia, China, which are contracted under the Chinese government long-term fixed feed-in tariff program. All power is sold to the Inner Mongolia Power (Group) Co. Ltd.   The wind farms began delivering power between 2008 and 2011.

SunEdison will acquire an operating portfolio consisting of the Hanumanhatti, Gadag and Bhakrani wind farms located in the states of Karnataka and Rajhastan, India.  The assets each have long-term PPAs in place with investment grade off-takers.

SunEdison has signed a definitive agreement to acquire Latin American Power (LAP), a leading hydropower and wind energy producer in Chile and Peru.  Through this platform acquisition, SunEdison will expand its presence in the global wind power market and in Latin America. LAP will also become the global hydropower development platform for SunEdison.

Through the transaction, SunEdison will acquire the following projects:

The six operating hydropower plants in Peru have long-term PPAs in place with investment grade off-takers.

The PPAs for all of these plants are denominated in U.S. dollars.

SunEdison has signed a definitive agreement to buy out the 51% equity interest from its partner, an affiliate of Chint Solar (Zhejang) Co. Ltd, in the 23.1 MW solar project NSM 24 located in India.   NSM 24 is an operating solar project in Rajastan, India, and upon completion of the acquisition, SunEdison will own 100% of the project. The counterparty to the PPA is NVVN, a wholly owned subsidiary of NTPC Limited, the largest state owned energy producer in India.

As part of the agreement, SunEdison will assume management responsibilities for the power plants beginning one year after the transaction closing date.

The Alto Cielo project is located in the Tomás Gomensoro locality, Artigas Department, Uruguay, and is expected to be interconnected in the fourth quarter of 2015.  The project is contracted under a U.S. dollar-denominated, 28-year PPA with the National Administration of Power Plants and Electrical Transmissions (UTE), Uruguay’s state-owned utility.  Under the terms of the PPA, UTE will purchase all energy produced by the Alto Cielo project for the duration of the contract.  Uruguay is one of a select group of investment-grade markets in the region.

SunEdison is the world’s largest renewable energy development company and is transforming the way energy is generated, distributed, and owned around the globe. The company develops, finances, installs, owns and operates renewable power plants, delivering predictably priced electricity to its residential, commercial, government and utility customers.  SunEdison is one of the world’s largest renewable energy asset managers and provides customers with asset management, operations and maintenance, monitoring and reporting services. Corporate headquarters are in the United States with additional offices and technology manufacturing around the world. SunEdison’s common stock is listed on the New York Stock Exchange under the symbol “SUNE.”  To learn more visit www.sunedison.com.