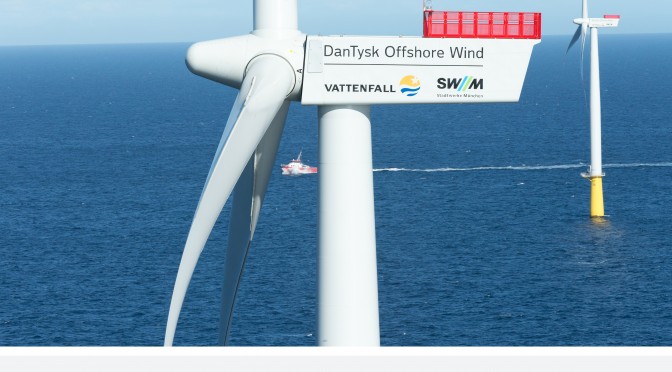 Vattenfall, the Swedish energy company, has started construction on a major offshore wind farm off the Kent coast.

The state owned company said that Kentish Flats Extension – expected to cost more than £150mn to build – is the only wind farm to be built offshore in UK waters in 2015.

Construction started late on Saturday 2 May with the piling of foundations for the 15-turbine scheme 8km offshore. All wind turbines are expected to be deployed this summer with first power from the 49.5MW scheme expected later in the year.

Piers Guy, Vattenfall’s UK Country Manager, said: “We’re proud to be carrying the UK offshore wind flag this year as the only developer building offshore. It’s important the UK pipeline keeps delivering – and Kentish Flats Extension does that in a modest way – so that British suppliers can maintain a foothold in the sector and help capture the significant economic opportunities that go with it.”

Matthew Green, Vattenfall’s Project Director for Kentish Flats Extension, said: “A number of large vessels will be offshore Herne Bay and Whitstable this summer as we add 15 turbines to the existing 30 at Kentish Flats. We hope local people will be able to follow the construction and take a great interest in what is a challenging and complex engineering exercise. It doesn’t get much tougher than this: piling foundations 30 metres into the seabed; installing 139.6 metre tall turbines weighing 600 tonnes over 8km off the coast; and, completing on schedule and to budget with, most importantly, maximum emphasis on safety.”

When operational, Kentish Flats Extension will be capable of generating enough power in an average year to meet the equivalent annual electricity demand of 35,000 UK households.