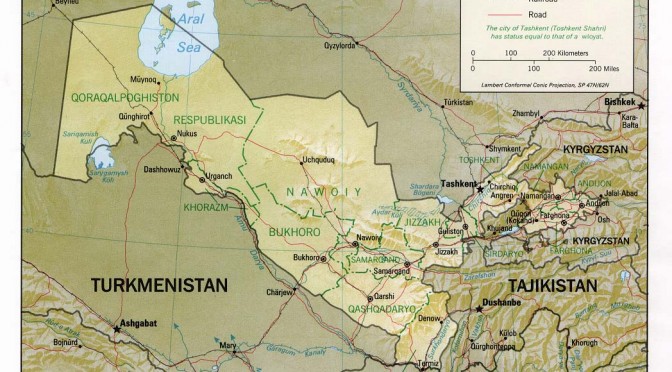 The conference was an important step in defining the potential of renewable energy sources of Uzbekistan. The work has been done by the unitary enterprise Talimarjan Thermal Power Plant (part of Uzbekenergo) and Intec-GOPA and GEONET companies (Germany) within the Talimarjan Transmission Project, supported by the International Bank for Reconstruction and Development (member of the World Bank Group).

The wind atlas was developed using modeling software. Preliminary conservative analysis shows that Uzbekistan’s wind energy potential is estimated at more than 520,000 MW of installed capacity and more than a billion MWh a year.

On the basis of the wind atlas Uzbekenergo has defined two promising zones – one in the Navoi province and the other in the south of Karakalpakstan – to conduct further detailed measurement to more accurately define the wind energy potential of these areas.

Meteorological masts of 85 meters with devices to measure the velocity and direction of wind as well as the density and temperature of the air have been erected in both zones. Through the satellite the measurements are sent online to the server for further analysis, which will be used to calculate the most optimal unit rating of wind turbine and potential electric power output when preparing investment projects.

The German experts demonstrated to the participants of the conference how the interactive map works.

During the conference, participants were also introduced to the modern trends in the development of wind energy projects, equipment and types of financing for such projects. It was said that today an average CAPEX for wind energy projects is about US $1 million per MW of installed capacity, which is almost equal to that of modern CCGT (combined cycle gas turbines).