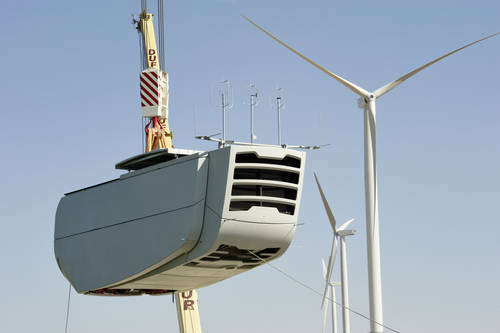 Nordex SE has again received two orders for the turn-key installation of wind farms in Pakistan. It will be delivering a total of 40, N100/2500 turbines to the province of Sindh.

In view of the high ambient temperature conditions at the site, hot climate versions of the turbines designed to operate in temperatures of up to 45 degrees Celsius will be used. Construction is to commence in the spring, with both projects to go on line in summer 2016. After completion, Nordex will be providing service for the farms for a further 10 years.

Local site preparations including work on the foundations, access roads and cabling will be handled by Nordex´ partner Descon Engineering, Lahore. Nordex has previously completed several projects in consortium with Descon already with a combined volume of 150 MW in Pakistan. As a result, the subsidiary Nordex Pakistan, Islamabad, is one of the country’s most experienced vendors.

The customers for the two new projects are the independent power producers Yunus Energy Limited and Metro Power Company Limited. “With this contract, we have opted for a strong vendor with German machinery and a solid track record of EPC in Pakistan and worldwide” says Danish Iqbal, CEO of Metro Power.

Customers in new markets in particular count on Nordex to complete projects on a turn-key basis. “We will be using the currently strong momentum in the emerging markets to expand our business here,” says Nordex Board member Lars Bondo Krogsgaard.

As one of the technological leaders in multi-megawatt wind power systems, Nordex is benefiting from the trend in favour of large-scale turbines. The Generation Gamma range comprises the N90/2500, N100/2500 and the N117/2400, which is one of the most efficient series turbines for light wind regions. To date, over 3,600 of these turbines have been produced. With Generation Delta, Nordex is now offering the fourth generation of its proven multi-megawatt platform (N100/3300, N117/3000, N131/3000). Nordex has installed more than 6,000 turbines with an aggregate capacity of over 10,000 MW all around the world. With exports accounting for around 70 percent of its business, Nordex SE also plays a key role in international high-growth regions. The Company has offices and subsidiaries in 22 countries around the world The Group currently has around 3,000 employees around the world.