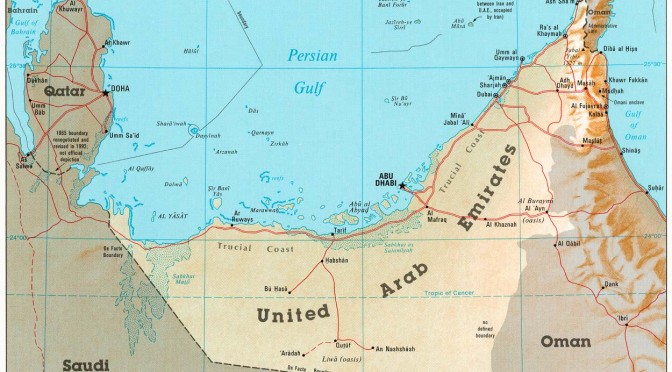 Scient­­ists in Abu Dhabi are finishing a study to model and forecast long-term variations in wind speed.

The research, said Prof Taha Ouarda, head of the Institute Centre for Water and Environment (iWater) at the Masdar Institute for Science and Technology, would help to decide whether wind farm projects in the region were viable.

He spoke to The National at the World Water Forum, a conference and exhibition in Daegu and Gyeongbuk, South Korea, which finished on Thursday.

Masdar has looked into the UAE’s wind potential and shared the data publicly through the UAE Wind Atlas, which was launched in January.

The research project is seeking to deepen understanding about the variability of wind from one year to the next, which needs to be observed over a long period before a site’s true potential to generate wind power is accurately measured, Prof Ouarda said.

“Some of the problems related to wind energy in the past have been that people have developed wind farms based on data that is measured or simulated for a period of two, three years.”

Besides estimating how the average wind speed changes through time, it is also important to estimate extremes.

Wind turbines usually have cuts in speed when they are not able to run and generate energy. They also have cut-out speeds, locking if wind speed is too high, to protect the units from damage.

“We are not just modelling the inter-annual variability to estimate the average pattern, we need to understand the extremes, how they change from one year to another, because that is going to have a strong impact,” Prof Ouarda said.

“We need to model how extremes change from one year to another and understand that changes also are a function of these climatic patterns,” he said.

As in a previous study that modelled rainfall, Prof Ouarda and his team are investigating the link between local climate and weather and climate oscillations – repetitive natural variations in the oceans and atmosphere that affect currents, carrying warm or cool water across vast distances.

A number of oscillation indices – the Southern Oscillation Index, Indian Ocean Dipole, North Atlantic Oscillation, the Mediterranean Oscillation Index – influence the UAE. The problem with predicting their impact on the local climate is that they influence each other in complex ways, said Prof Ouarda.

The research also has implications for planning of offshore structures such as oil platforms, as well as for solar-power sites, which need reliable wind data.

The project is expected to be completed in the next few months. The findings will then be shared with relevant organisations, while the researchers are hoping to broaden the scope of the work to other parts of the region.

One area of interest is Saudi Arabia’s Red Sea coastline, which has strong potential for wind-power generation.

“What we are interested in is, once we have the methodology, once we have the results for the UAE, is to expand this study to other parts where wind is even higher as a source of energy, and has more potential.”