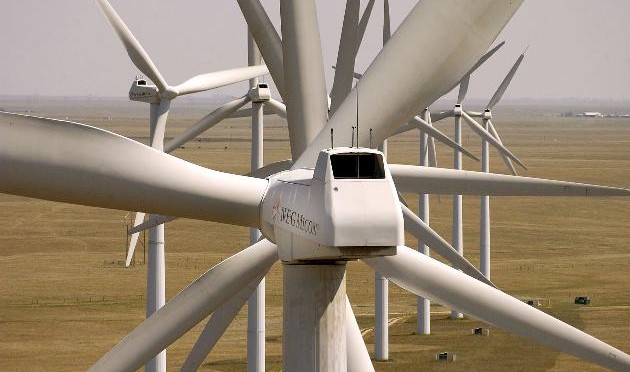 “Xcel Energy is proud to have grown the use of clean, emissions-free wind energy at a reasonable cost for customers. Our wind portfolio is second to none,” said Ben Fowke, chairman, president and CEO of Xcel Energy.

“Today we have enough confidence in our wind operations and forecasts that we are able to back down less efficient fossil fuel plants during times when high winds are predicted,” said Frank Prager, vice president for policy and federal affairs at Xcel Energy. “It’s a practice that is reducing fuel costs for customers and saving about 233,000 tons of carbon dioxide emissions annually.”

Xcel Energy’s commitment to wind energy is clear. The top 10 states for wind capacity include three in the company’s service territory: Texas ranks No. 1, Minnesota is No. 8 and Colorado is No. 10.

In 2013, Xcel Energy announced plans to expand its use of wind power by another 40 percent by 2016. The company is adding nine projects throughout its service territory, representing 1,900 megawatts of new wind energy resources, enough to serve about 900,000 homes. The projects were all acquired at prices competitive with new natural gas-fueled generation and are estimated to save customers more than $900 million over the length of the contracts. At the end of 2014, one-third of this commitment was fulfilled as three of the contracted wind projects came online in Colorado, Texas and Oklahoma, totaling about 650 megawatts. The remaining six projects are on schedule to be completed later this year.